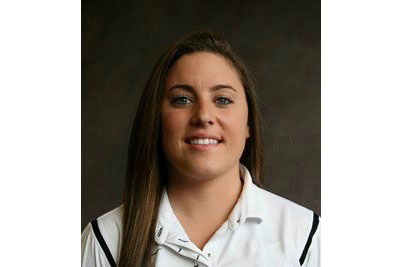 Ramapo Athletics has welcomed a new member to the Roadrunners coaching staff. Taylor Moore has been named the new women’s lacrosse head coach for the 2018 season. The Roadrunners had a 6-9 record last year but look to turn the program around. Moore is joining a team that has not achieved a winning record since 2011.

“I’m very hopeful for this upcoming season considering we have a brand new coach. I believe she will be able to take our individually good players and make us a better team overall,” said senior defensive player Nina Bochna.

As for Moore, she is no stranger to success in lacrosse. She was a four-year standout at Towson University. She led the Tigers to three NCAA Tournament appearances. In her time at Towson, Moore scored 44 career goals in 56 games. She always knows how to come through in the clutch with three game-winning goals.

Senior goalie Monica Bubello is optimistic about the new season and new coach.

“Since we got a new coach, we’ve definitely had a lot of work to do in order to understand not only our new coach, but our new team as well. We’ve got a lot of fresh talent to work with and it’s very exciting to see what we’ll do with that in the spring. Our Kean tournament was a little glimpse of what to expect this season, and we won two out of three games. We’re all really excited to see what 2018 holds for us.”

Coach Moore is now getting her first opportunity at the head coaching position for Ramapo College. Moore looks to shine as the Roadrunners’ head coach. She will take the reins from former coach Jane Koeniges. Koeniges was the head coach for the previous six seasons. As mentioned before, Ramapo hasn’t had a winning season since 2011. Ramapo has faith in Moore to get the Roadrunners back to their winning ways.

“Our team is getting in great shape thanks to Coach Yauw, who trains us. I can’t wait to start preseason. The team is definitely taking steps in the right direction to create a new, strong lacrosse program at Ramapo and I feel as if it’s going to be a great season.”

Moore is being handed an experienced team. Ramapo is only losing two senior players from the last season. The combination of veteran players and a new coach is always a difficult one to handle. Moore will be ready for the upcoming season with the Roadrunners.