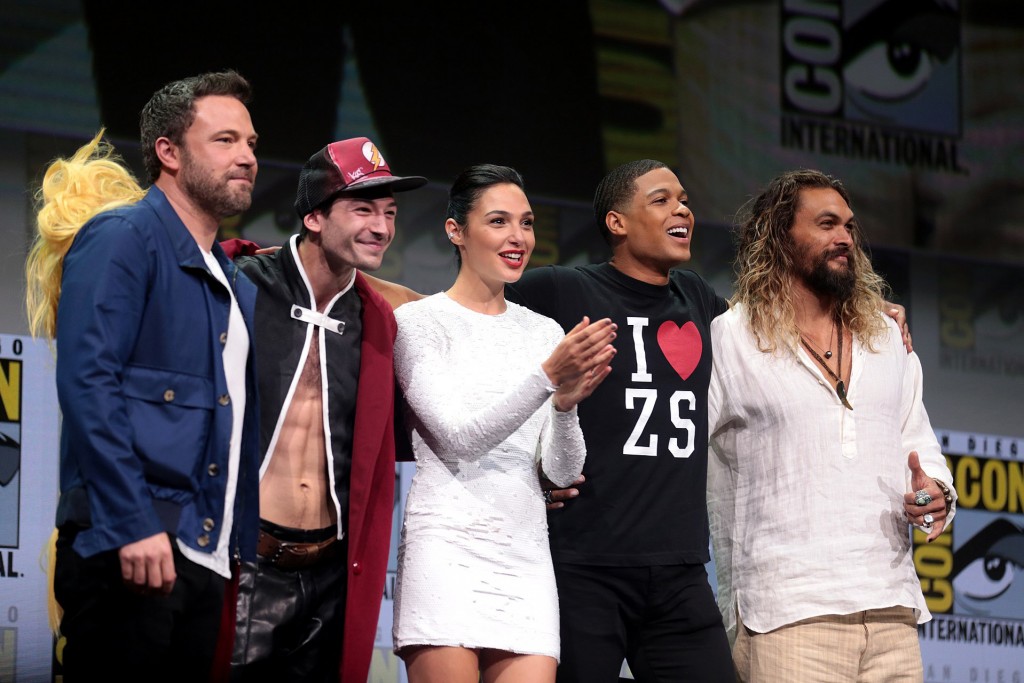 The “Justice League” film is the latest installment in the DC franchise and without a doubt their biggest movie to date. However, biggest doesn’t necessarily mean best. “Justice League” had a great cast of characters, but was a little lacking when it came to the villain and overall rushed plot.

“Justice League” starts off the team with only Bruce Wayne (Ben Affleck) and Diana Prince (Gal Gadot), also known as Batman and Wonder Woman. The entire beginning of the movie is spent introducing new members to the series that haven’t had their own movies yet Aquaman (Jason Momoa), the Flash (Ezra Miller) and Cyborg (Ray Fisher). The audience gets introduced to each of them and sees how they interact with Batman and Wonder Woman when they are asked to join a team. Aquaman and Cyborg both seem reluctant at first, not wanting to join some team or fight a weird army they never heard of, but both seem to come around after the fight reaches home for both of them. The Flash joins immediately, though, wanting to finally make some new friends. The movie starts off slow, but really picks up after the team comes together. The team has to face a god-like villain named Steppenwolf (Ciaran Hinds) who is strong enough to take down Amazons and the people of Atlantis with little to no effort to find the three cubes that, when combined, give him the power to destroy the earth. It is then up to the new team of heroes to stop him.

The biggest aspect of this movie is the characters in it, all of whom seemed to be a little lacking in story. This makes sense because during production the editors of the film had to cut about an hour of the movie. The Flash had an awkward personality that was very funny on the big screen and made him very easy to relate to. His character had very clear development throughout the film, making him one of the best characters in the movie even though a few of his friends and interactions with non-superheroes were cut out from the film.

Aquaman is no longer the joke of the Justice League world as he is now the badass strong hitter of the group that does what he wants and looks amazing while doing it. The movie didn’t show much of his undersea adventure as during production, his background was cut dramatically.

Cyborg was arguably more important than anyone else in this film as he was made from the power source that the villain is after. He plays a much darker and more serious role as Cyborg, but he slowly opens up throughout the film allowing him to get along with the rest of the cast, even after having to make such forced jokes.

Batman, arguably the worst character of the film as the usual brooding Dark Knight, was replaced with a weak manager for the Justice League, who acts like a stammering teen who can’t talk to his crush whenever Wonder Woman is in a scene. He was not the strong amazing Batman who could take on Kryptonian anymore, but instead had trouble fighting the individual foot soldiers for the villain.

Wonder Woman, as always, was a treat in this movie. Without Superman, she has to be the most prominent symbol of hope and peace in the world. She engages in very entertaining interactions with the rest of the team, that all feel relatively natural in the film.

Lastly, there is Steppenwolf, a throwaway, power hungry villain whose reason for existence is unclear. This is a very unlikeable villain that only has one thought, one personality and is an extremely flat character.

This movie is most certainly worth watching for huge DC fans. Everyone else may be better off waiting until it’s out on DVD or cable before watching it. With its bad villain but adequate effects and good guys, this movie was at least a step up from DC’s other titles, not including Wonder Woman.

For those who see the movie in theaters, you will want to stay through both sets of credits as there is not one but two post-credits scenes. One is shown for laughs and the other opens up the possibility for the next Justice League movie.