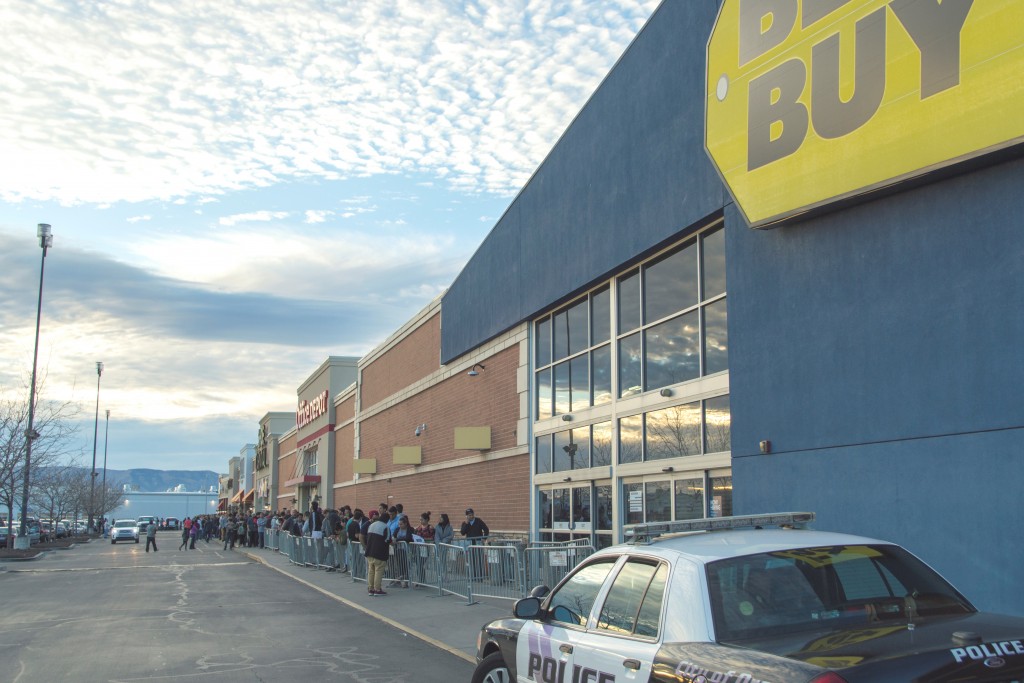 Black Friday has just passed and that means the holiday season is on the horizon. For some stores, however, the holiday season started Nov. 1. Walmart and 5Below were trimming their trees before the turkey was out of the oven. Other companies also like to embrace the holiday season early by announcing big sales on some of their most expensive items. It seems that businesses have slowly become that one Facebook friend that posts countdowns to Christmas in the middle of June.

Shoprite, for example, has made their Halloween decorations disappear, and left a pallet of pie crusts and evaporated milk in their place. While most companies tend to wait until mid-November to decorate for the holiday season, it’s common to find companies launching ads for holiday sales as early as Nov. 1.

Lexus, the luxury car company, is one of the biggest offenders of this. Lexus launched three new commercials on Nov.1, showing off their model range, all in white, with their big red bows and generic holiday music playing in the background. As if a $70,000 luxury car is a reasonable thing to put under the tree. Their little jingle also hasn’t changed since their “December to Remember” campaign began in 1999.

In all of this hustle and bustle, businesses have all but forgotten Thanksgiving. A few corporations like Costco, BJ’s and Sam’s Club opted to take the moral high road by choosing to shut their doors for Thanksgiving. But the next day, Costco opened at 9 a.m. for Black Friday as opposed to their normal 10 a.m.

Other massive corporations, such as Walmart and Target, were still open on Thanksgiving. In an effort to kick-start the chaos, Walmart’s Black Friday sales started at 6 p.m. on Thanksgiving. Target is taking a slightly different approach: they opened their stores at 6 p.m., then closed at midnight only to open again at 6 a.m.

Corporations are smart to close their doors on Thanksgiving because it allows their employees the chance to spend the holiday with their families. It also proves that a company has true family values by allowing their employees the chance to celebrate the holiday with their families. It should be mentioned, however, that just because a business closed its doors doesn’t mean it didn’t make money this Thanksgiving.

Online sales are proving to be the fastest, and most efficient means of shopping during the season. According to software company Adobe, Thanksgiving Day raked in a massive $2.87 billion in online sales. In 2016, Thanksgiving Day sales were a mere $1.93 billion.

These numbers are amazing, and when combined with stores closing their doors on Thanksgiving, people don’t have to leave their families to still get their holiday shopping done. I can tolerate online shopping, because it keeps the party lively, without the conversations inevitably going towards politics. Online shopping has many advantages too, such as not being trampled or frozen solid from the lines that form outside stores.

In short, Thanksgiving is a holiday to celebrate with your family, friends and a lot of good food. I personally think it’s a time to be thankful for what you have, not what you’re going to get next. Now if it’s a family tradition to go out shopping, then be my guest. I, however, am going to have another slice of pumpkin pie.