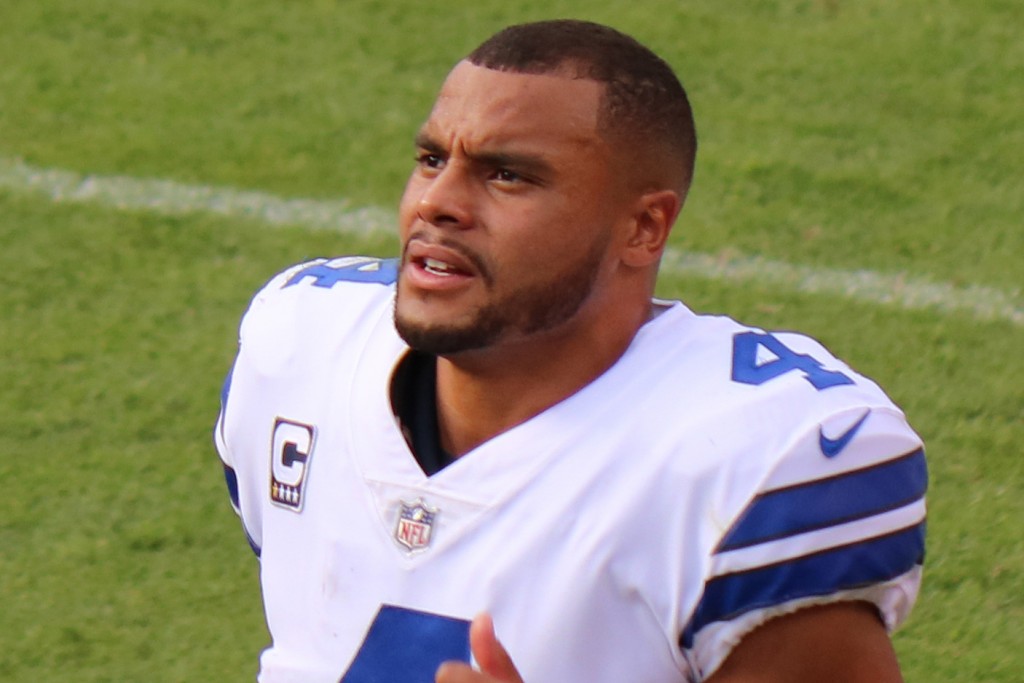 The 2017 NFL season seems to be a lost cause for the Dallas Cowboys, and that means it’s time for the organization to make excuses for another lost season. Within the last 20 years, Dallas has boasted a subpar 2-8 playoff record. But the team is still considered, “America's Team,” and uses their three Super Bowl victories during their impeccable run in the ‘90s as a scapegoat for their average play since then.

Following a successful 2016 campaign, the Cowboys seemed poise to make a Super Bowl run behind the best offensive line in football, and two star rookies in quarterback Dak Prescott and running back Ezekiel Elliot. Unfortunately, that wasn’t the case as Aaron Rodgers and the Green Bay Packers went into “Jerry World,” and upset the No. 1 seeded Cowboys after some late-game heroics lead by Rodgers.

Going into the 2017 season Dallas was once again considered contenders, even though a 6-game-suspension was handed to Elliot in the offseason by NFL Commissioner Roger Goodell due to a breach in the “NFL Conduct Policy” centering around domestic violence. Elliot and his legal team continued to appeal and file injunctions for his suspension. The process worked as Elliot was able to play in the team’s first eight games of the season leading the Cowboys to a 5-3 record and in firm position to make the playoffs as a wildcard. Unfortunately, the suspension was finally upheld and Elliot was forced to serve it immediately.

In the three games Dallas has played since Elliot’s suspension, the Cowboys are 0-3, and look like one of the worst offensive units in the league. Injuries on offense and defense have also added to the Cowboys subpar play.

Prescott has also been a concern for the team’s offense since Elliot’s absence. He’s thrown zero touchdowns and five interceptions in the past three games.

Some believe this skid shows that his 2016 campaign was a fluke. This is the same player who experienced success at college and was in the Heisman discussion, but fell down to earth following a loss to Alabama. His own owner Jerry Jones couldn’t endorse him making countless statements during the 2016 season as he praised Romo.

Dak isn’t the only issue for Dallas’ fallout this season. Many could point the finger at Elliot too. If Elliot had accepted the suspension immediately he would be playing right now. Instead, he kept on fighting as he pledged his innocence. Elliot’s questionable decisions may have let his team down.

Owner Jerry Jones is also to blame for Dallas’ limited success within the past two decades. There have been hints that Jones seems too proud to admit he can’t handle being the general manager. Mr. Jones wants to take the credit for the Super Bowls in the ‘90s but coach Jimmie Johnson, quarterback Troy Aikman, receiver Michael Irvin and running Emmitt Smith were the main reasons for it. His refusal to part ways with head coach Jason Garrett is another vindication of how he can’t admit to his wrongdoings. Instead of trying to improve his franchise, Jones tries to pick pity fights against the NFL and threaten to sue the league, although he signed Greg Hardy barring his assault allegations in 2015.

In order for this franchise to move forward they must fully be on board with Dak Prescott as their quarterback and hire a head coach who believes in him.