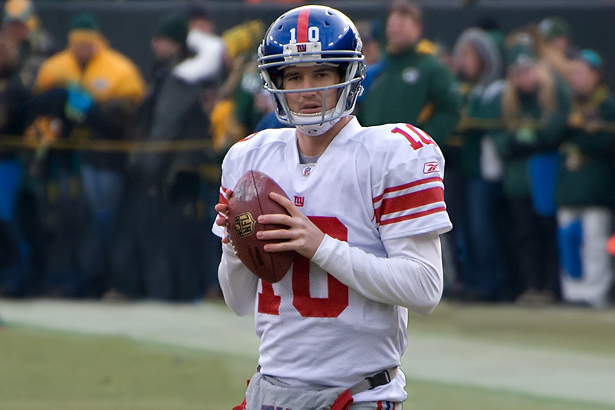 New York Giants quarterback Eli Manning has officially been benched for Sunday’s game on Dec. 3 against the Oakland Raiders for second-stringer Geno Smith. The news broke on Tuesday via social media as Manning and coach Ben McAdoo commented on the roster move after the day’s practice.

“Coach McAdoo called me in and told me that they [Giants] thought it's the best decision to give Geno the start, and I’ll back him up and be a good teammate. I don’t like it, but it’s part of football, you handle it. I’m going to do my job,” said an emotional Manning at his locker.

McAdoo took to the podium on the Giants indoor practice facility late on Tuesday. “It’s my responsibility we have a complete evaluation of the roster top to bottom, especially at the quarterback position as we move on to next season,” said McAdoo regarding the promotion of Smith over Manning.

According to Giants beat writer Jordan Raanan of ESPN.com, the idea of having the other quarterbacks on the roster get playing time was discussed a few weeks ago. General manager Jerry Reese and Giants owner John Mara were a part of these conversations along with McAdoo as they collectively decided to lessen Manning’s time on the field. New York gave Manning the option to start the last five games of the season (while Smith and rookie quarterback Davis Webb would be shuffled in, late in games) in order to keep his “consecutive starts streak” alive, which stood at 210 games. Instead Manning declined, arguing that it wouldn't make sense if he was pulled from a game if the team was winning at halftime. His record for consecutive starts didn’t mean much to him in that regard.

Many former Giants also took to social media to display their displeasure for the switch of quarterback. Former Giants wide receiver Plaxico Burress said in a tweet, “Damn! Bench Eli? Man showed up every week for 14 years.” Former linebacker and current color-commentator for the Giants radio feed, Carl Banks, went on an explicit rant about the Giants’ decision to sit Manning, even citing that current players quit on the team, something that Manning never did.

Mara also commented on the news this past Wednesday when he was addressed by the media. When asked if benching of Manning was presented poorly, Mara said, “Well, it was presented the way that Ben thought it ought to be presented and could we have done it differently? I guess you could argue we could have. Yes.”

This move makes the future of Manning’s career with the Giants uncertain, along with the job security of McAdoo and Reese.

The plan moving forward for New York is to give Webb a bulk of the reps after the Raiders game. The rookie third-round pick apparently wasn’t given the appropriate amount of time to prepare for Sunday’s trip to Oakland, leading Smith to collect the starting duties. Oakland will be fighting for a playoff spot this Sunday as the Giants will begin to see what life will look like without Manning under center.