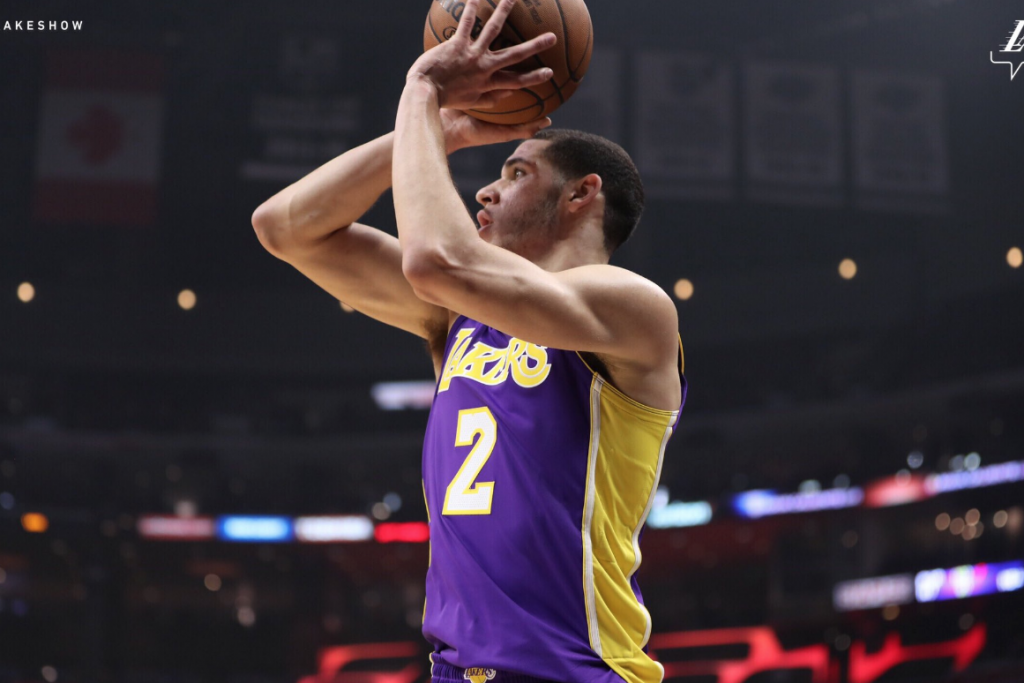 In May of this year, Cleveland Cavaliers forward Channing Frye said in his podcast that LaVar Ball’s brash and blunt comments will make it "disgustingly easy" to dislike his son, Lonzo Ball, in the NBA.

“I’m going to give you the people’s opinion. No matter what he does, it is going to be so easy to hate on [Lonzo] now."

Lonzo’s father, LaVar, is known for controversial comments. His shoe brand, “Big Baller Brand” sells shoes for almost $500 a pair, and has talked about designing a pair that will be “at least $1,500.” Many have called him out, saying that he must be insane for sticking such an outrageous price tag on shoes that can’t possibly live up to the hype of Jordans. LaVar claims that he is “officially in the shoe game” and his products “are a billion-dollar brand either way.”

LaVar has also taken it upon himself to pick a fight with nearly everyone in the NBA, from stating that his son is better than Stephen Curry to attacking LeBron James’ children by saying that they’ll "never live up to their father’s name." James responded promptly, warning LaVar to “keep my kids’ names out of your mouth.”

Recently, LaVar engaged in a Twitter feud with none other than President Donald Trump, who took credit for getting LiAngelo Ball and two UCLA teammates back into the U.S. after shoplifting in China. In true LaVar fashion, he questioned what Trump had to do with the process, to which the President, also not surprisingly, replied by calling Lavar an “ungrateful fool” and “a poor man’s version of Don King but without the hair.” LaVar offered to send Trump a pair of his shoes to remedy the situation.

Lonzo, on the other hand, is an All-American, 6’6” point guard for the Los Angeles Lakers and was the second overall pick for the 2017 NBA draft. Prior to that, he played for the UCLA Bruins and took his team to the Sweet 16 for his first and only season with the team before being drafted into the NBA. As a college freshman, he was named Pac-12 Freshman of the Year and was awarded the Wayman Tisdale Award as the top freshman in the nation. Amongst many other prestigious awards, he led the nation in assists and broke the UCLA record for most assists in a season. In high school, Lonzo led his team to an undefeated record as well as a national championship and earned numerous national high school player of the year honors.

As of late, the rookie is struggling around the rim. At UCLA, Lonzo averaged 14.6 points, 7.6 assists and 6.0 rebounds while shooting 55.1 percent from the floor. According to the Washington Post, Ball has averaged 8.7 points on the season, while shooting 30.9 percent from the field and 24.5 percent from 3-point range. Lonzo is only hitting 12 of 50 attempts and only two other NBA players, Marcus Smart and T.J. Warren, are shooting below his dismal shooting percentage. As far as how his other statistics stack up against his competitors, he is currently ranked 65th out of 66 guards for possessions in transitions. He also has the highest turnover rate in the NBA at 23.1 percent, as well as the lowest amount of points per possession in the NBA (0.577).

Some suspect that Lonzo’s unorthodox shooting form has something to do with the fact that he can’t seem to shoot straight all of a sudden. Although ESPN’s Sports Science calculated that his shot angle is 50 degrees off from most other professional basketball players’ shot position, Lakers president Magic Johnson went on ESPN’s “Mike and Mike” sports talk show and stated that the team has no plans to rush and change Lonzo’s seemingly awkward and unusual shooting form.

“He’s been shooting this way his whole life. So what we wanted to do is let him play his game. Let him shoot the way he’s been shooting and hopefully they’ll go in. And so, we’re not gonna mess with it. We’re gonna let him shoot and play his game. If after the season he’s not shooting well, then we’ll sit down with him and say, ‘Hey, let’s maybe look at a different way or let’s try to improve the way you are shooting.'”

Stephen Curry came to Lonzo’s defense, telling ESPN that he can relate to having a famous father and always having people be particularly quick to critique his mistakes.

“There was a little extra pressure because of who my dad was, and I felt like everybody was kind of critiquing my every move on the court. Whenever you miss a shot, the crowd goes crazy, and only for your misses and nobody else’s. I know what his pop said, but I want to be respectful. Lonzo can’t let what people say bother him. Use it as motivation.”

Curry and Kevin Durant were also quick to remind the critics that he is still only two months into his first season in the NBA.

“He’s going through ups and downs like every rookie has,” added Curry. “I’ve always said he’s a great talent. I think he loves to play basketball, so he’ll be able to fight through all that and have a great career. I hope you didn’t judge me off my first 20 games in the league.”

“He’s still figuring it out. He’s 19? That’s what any 19-year-old would go through in the pros,” said Durant. “It’s just a matter of him being in L.A., where the eyes and scrutiny are on him. He’s playing like he should play as far as learning the game and adjusting on the fly.”

While social media sites are undoubtedly filled with critics, they are also full of people coming to Lonzo’s defense, posting comments on Twitter and Instagram such as, “Stop hating on Lonzo just because you hate his dad. The kid gets talked about daily and doesn’t respond to the hate. He just wants to play ball.”

As for Lonzo, he told Bleacher Report, “I already knew everybody was going to come at me like that. I’m not going to get into any Twitter war. I’m going to go out there and help my team.”

While Lonzo may have a target on his back due to his father’s brazen comments, it seems as if he has the support of many NBA players, despite what LaVar may have said about them. If Lonzo continues to quietly and humbly play his game, it just might improve his play as well as prove to the critics that while he is his father’s son, he is certainly not the same person that his father is.