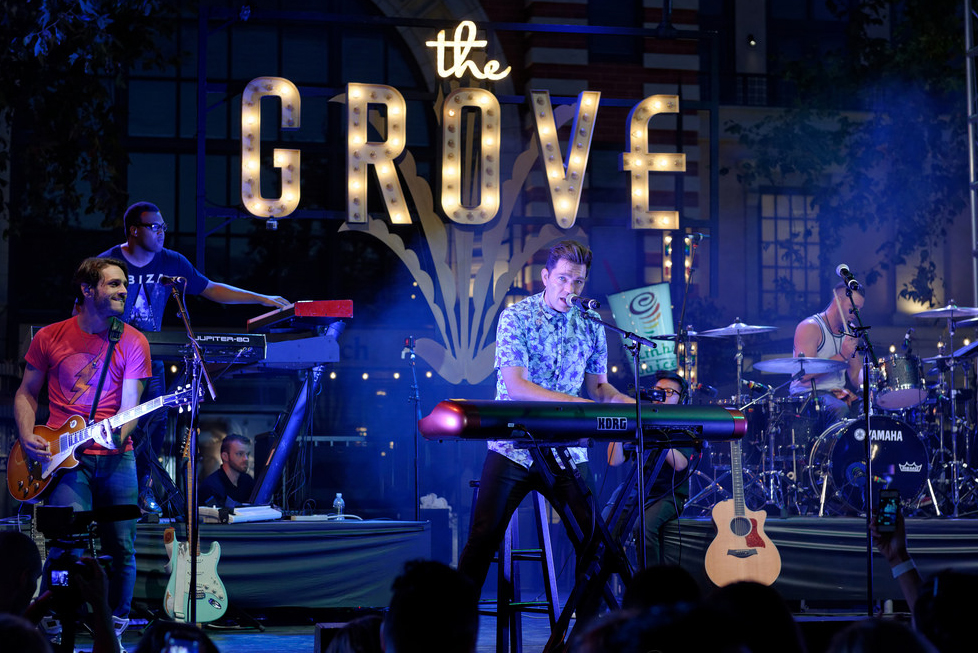 From his roots as a Santa Monica street performer to becoming a household name with a net worth of $5 million, Andy Grammer has come a long way in his journey to spread truth through his positive, feel-good lyrics. This year, Grammer has made leaps in his career by working on his third album released last Friday, titled “The Good Parts.”

The album consists of 13 tracks picked from a total of 115 songs Grammer had written. He told Billboard in an interview, “For me it’s kind of like throwing darts, and the more chances you have throwing them, the more you’re going to be like, ‘Oh sweet, I got a bull’s-eye.’” His methods have proven successful considering his song “Fresh Eyes” has 30 million Spotify listens to date.

It is no secret Grammer knows how to write a hit, but his latest creation was not about the sales or being what the general public wants. Grammer has been very open about the fact that this album is his deepest yet. He told Billboard, “This is the first time I’m going to release an album that all the way down in my deepest self — and as a people pleaser, this is a really crazy to say — I don’t care if you like it.”

The album stays true to his signature pop-rhythmic sound, but the lyrics dive further into his more intense emotions and personal experiences. This may be due to the recent birth of his first child, Louisiana, this year. He reportedly sang the song “Always” from off the album to her the moment she was born. “I was singing [that] to my daughter right when she was born, and she was still kind of crying so I’d put her in a little cart and do a lap singing that song to her,” he told Billboard.

Besides working on his third album, Grammer has also been busy this year touring, doing interviews and giving back. He performed the song “Freeze” at the 2017 Macy’s Thanksgiving Day Parade and has been working with the Grammy Foundation and MusiCares to put together a show for charity. They are giving lucky individuals VIP access to not only hang out backstage with the pop star but also receive free tickets to Coachella and the Grammys.

Grammer is passionate about helping the community. All of the proceeds from his single “Fresh Eyes” were donated to the Union Rescue Mission, a Christian homeless shelter in LA’s Skid Row. This 33-year-old soul singer wants to do his part in making a difference in people’s lives and inspire as many people as he can.

Grammer’s U.S. tour dates are set and begin March 14 at the Fillmore in Pennsylvania.