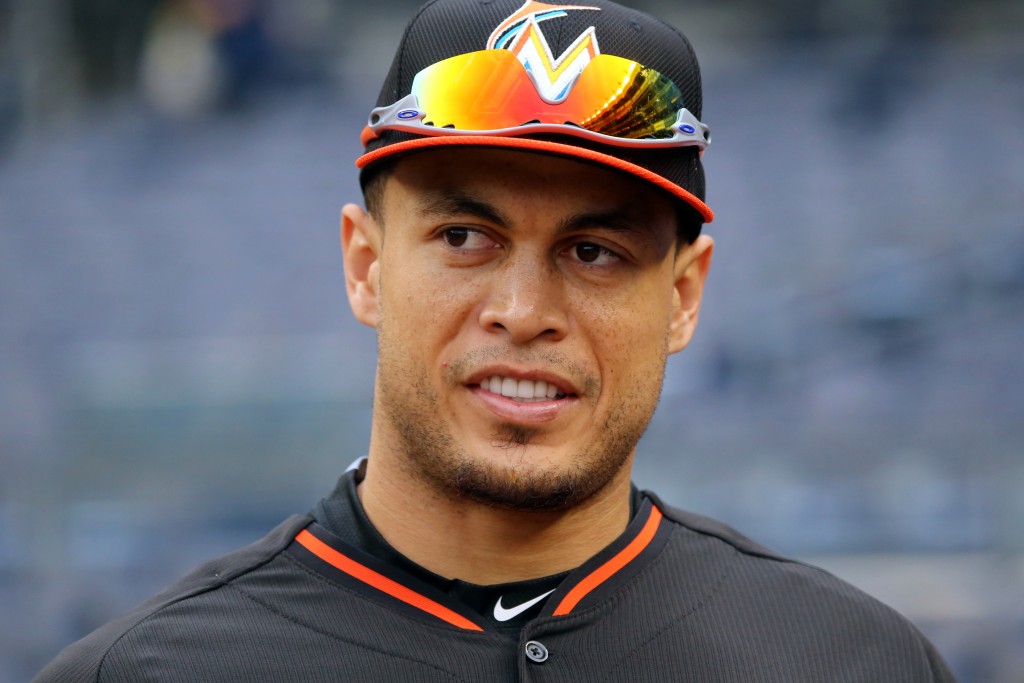 Giancarlo Stanton has always been a batter that brought fear into the eyes of opposing pitchers, but this past season he seems to have elevated his game even further.

Stanton became the first player in Miami Marlins history to win the National League Most Valuable Player. Stanton finished the season with a .281 batting average, hitting 59-home runs while also driving in 132 RBI’s.

This past offseason former Yankee icon Derek Jeter bought the Marlins from Jeffrey Loria for $1.2 billion. Jeter has since wasted no time as owner, making it clear that he wants to cut the payroll of the team and rebuild the Marlins “stalking up the farm” system. This includes getting rid of star players such as center-fielder Christian Yelich, second-baseman Dee Gordon, left-fielder Marcell Ozuna and Stanton.

Stanton presents a peculiar situation for the Marlins since he still has over 10 years remaining on his contract with $295 million yet to be paid. However, Stanton does have an opt-out clause on his deal in 2020, as well as a full no-trade clause in his contract.

It has been widely rumored that Stanton’s preferred destination if he were to be traded would be to become a member of the Los Angeles Dodgers, with his California roots helping that argument. Other teams that have been rumored to be on the Stanton sweepstakes are the San Francisco Giants, St. Louis Cardinals and Boston Red Sox.

For the Giants, Stanton would become a huge power boost for that offense. Many speculate that Stanton wouldn’t waive his no-trade clause to the Giants since they were worse than the Marlins last season. It has been reported via Bleacher Report and Jon Morosi that the Marlins have a deal in framework with the Giants. Miami would receive second-baseman Joe Panik and top prospects Tyler Beede and Chris Shaw from the Giants.

The Cardinals have always been a careful organization, scared to take on big contracts or sign bigtime free agents to long-term deals. They proved this when they let star first-baseman Albert Pujols go and sign with the Los Angeles Angels, even after Los Angeles had offered him a 10-year contract. Taking on Stanton would also be uncharacteristic from St. Louis.

Stanton would make sense for the Boston Red Sox. Not only would it attract fans into the stadium, but it could make the Red Sox a World Series favorite. However, reports suggest that the Red Sox may be out of the Stanton sweepstakes.

As the Stanton fiasco winds down to a close, many are left wondering what could’ve been with Miami’s roster. There was excitement in Miami, but if Stanton is traded, Marlin fans might have to endure another rebuilding process, putting their faith in Jeter.