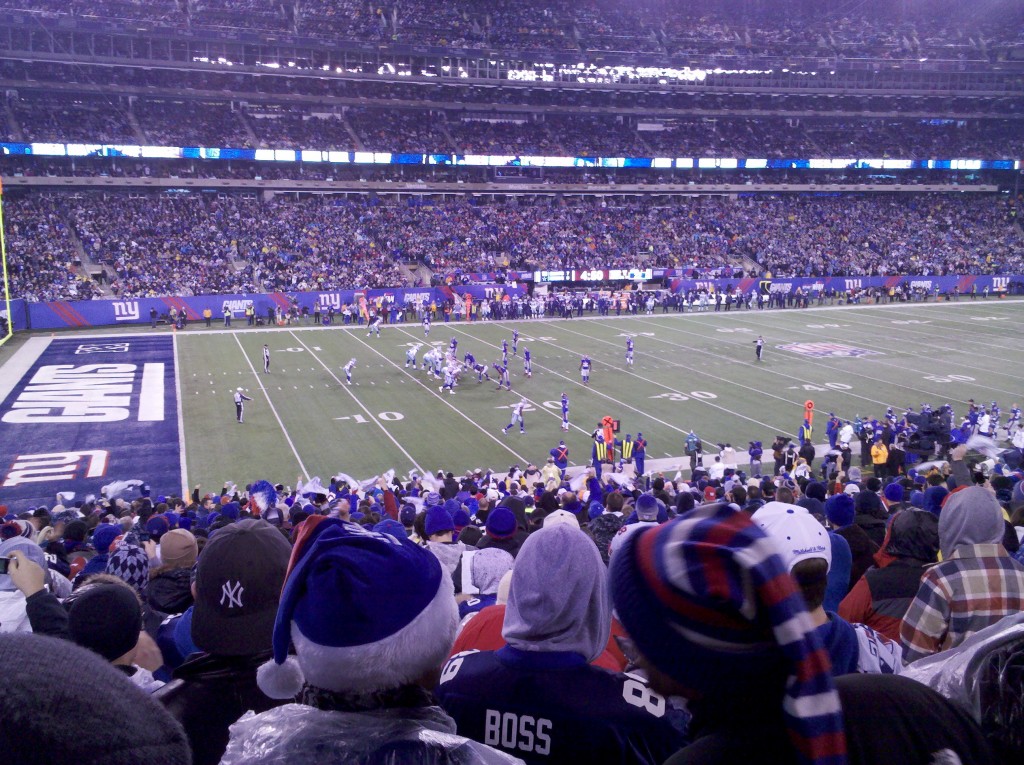 In the midst of a disastrous season, New York Giants owner John Mara fired head coach Ben McAdoo and general manager Jerry Reese on Monday. The move was expected by many following the team’s loss against the Oakland Raiders on Sunday, dropping the team to a 2-10 record. With four weeks left in the season, defensive coordinator Steve Spagnuolo will become interim head coach and Kevin Abrams will fill in as general manager.

McAdoo joined the team in 2014 as offensive coordinator, serving under head coach Tom Coughlin. Although there were some inconsistencies, quarterback Eli Manning and wide receiver Odell Beckham Jr. became accustomed to the offense as the squad ultimately became a top 10 offense during the 2015 season. After the departure of Coughlin, the team decided to stay “in house” and named McAdoo the team’s 17th head coach in franchise history. Things went well for McAdoo during his first season in 2016 with him bringing the team back to the playoffs for the first time since 2011, along with defeating the No. 1 seeded Dallas Cowboys two times. Even with a first-round exit in the wild-card playoffs against the Green Bay Packers, many were excited for what McAdoo would bring for the 2017 team.

With a 0-5 start, two suspended cornerbacks and the lack of offensive changes quickly diminished McAdoo’s accomplishments from the year before. His press conferences also became incompetent as he failed to give much information about the team’s struggles on the field and in the locker room. Following a 51-17 blowout loss at home to the Los Angeles Rams, McAdoo was asked what he said to the team at halftime. He responded with, “Um.” The handling of starting Geno Smith over Manning seemed to be the nail in the coffin for Mara’s decision, even though the owner signed off on the decision.

Jerr Reese became a scout for the Giants in 1994 and eventually worked his way up the ranks as he replaced Ernie Accorsi in 2007 as the team’s general manager. Coincidentally, New York won the Super Bowl that season as Reese had one of his best draft classes in his first year. He picked key pieces like Ahmad Bradshaw, Kevin Boss and Steve Smith as they all attributed to the team’s success during their Super Bowl run. The Giants won another championship during the 2011 season, thanks to drafted players like Hakeem Nicks, Will Beatty and Jason Pierre-Paul.

Things quickly went south for Reese after Super Bowl 46, as he was responsible for two straight draft classes that went nowhere in 2012 and 2013. Out of the 14 players selected in those two drafts, only two remain who are still on NFL rosters (Justin Pugh and Johnathan Hankins). Along with that, Reese was given back-to-back top ten picks in the 2015 and 2016 drafts and drafted underperforming players in Ereck Flowers and Eli Apple. This, along with the lack of attention to the team’s subpar offensive line, eventually lead to Mara parting ways with Reese.

With a new direction in mind, John Mara will have to address many positions this offseason including head coach, general manager, offensive line and possibly quarterback. Although a high draft pick will help, this season could end up being a major setback for seasons to come. A team that once had Super Bowl aspirations in the beginning of the season now go into 2018 with a great deal of uncertainty.