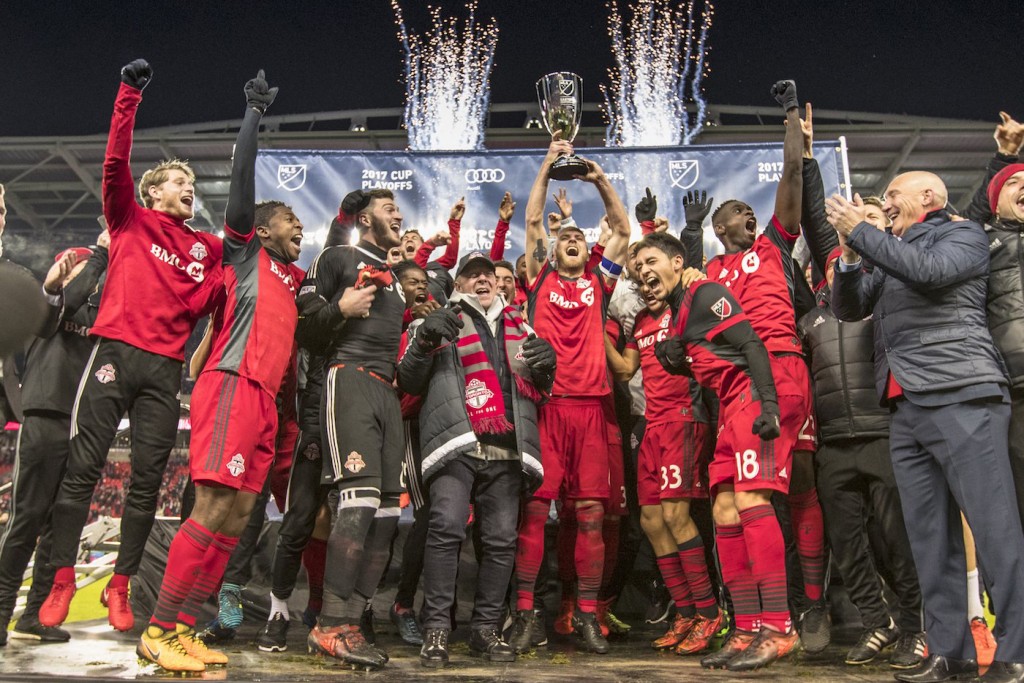 History will have a chance to repeat itself this Saturday as the Seattle Sounders head north of the border to BMO Field to take on Toronto FC in the MLS Cup Final for the second consecutive year. Last season, without recording a single shot on target the entire match, Seattle successfully broke Canadian hearts as they withstood Toronto’s constant attack and emerged victorious as they claimed their first MLS Cup after an intense penalty shootout.

Toronto, on the heels of winning the Supporter’s Shield and Canadian Championship, look to complete the domestic treble and lift their first MLS Cup. TFC have been dominant all year and it would be quite fitting – for what many are calling the greatest season in MLS history – that this would be the first team in league history to win three domestic trophies in one season. Toronto already set several records in the regular season, breaking the single-season points record with 69, tying the mark for most single-season wins with 20 and finishing in the top-three all time in points per game, goals scored and goal differential. With some of the highest paid players in the league like Michael Bradley, Jozy Altidore and the “Atomic Ant” Sebastian Giovinco, the Reds seem primed to make good on the club’s investment and reward their fans with a long-awaited post season championship.

Seattle entered last year’s final as heavy underdogs but find themselves in excellent form and arguably the team with more confidence coming into match day. The Sounders are missing key pieces like Brad Evans, Jordan Morris, and most notably; their cog in central midfield, Ozzie Alonso but the injuries have not slowed them down. They have cruised through the MLS Cup playoffs, dismantling both Vancouver and Houston on the way to the finals. Relying heavily on veterans like Clint Dempsey and the reemergence of Will Bruin who have combined for 5 goals this post season, Seattle has found a potent, yet balanced style of play that makes them extremely tough to break down and even more difficult to stop in the attack.

As most finals tend to be, expect a cagey affair with both teams looking to defend in numbers and make calculated attacks on the break. Toronto has assembled an extremely talented team with individuals like Altidore and Giovinco who are capable of making something special happen in an instant. The Sounders will need their role players like Cristian Roldan and Joevin Jones to make a difference and free up space for the likes of Dempsey and Nicolas Lodeiro to break down the stingy Toronto defense.

Two of MLS’s biggest and most talented clubs squaring off in what has to now be considered as a fierce inter-conference rivalry should make for a compelling, exciting finale to an already excellent season. The game kicks off on ESPN at 4:00 PM on Saturday, Dec. 9.