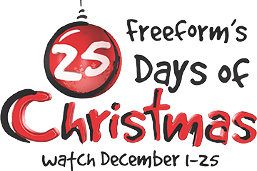 It’s that time of year again for Freeform’s “25 Days of Christmas” movie marathon. This year Freeform will celebrate the 21st anniversary of their beloved holiday tradition. Freeform started the marathon in November to market people’s obsession with Christmas. The “25 Days of Christmas” movie lineup includes the classic clay animation movies such as “A Year Without Santa” and “Little Drummer,” as well as “National Lampoon’s Christmas Vacation,” “Elf,” “Polar Express” and many more.

Make sure to tune in to the Freeform channel throughout the holiday season to get into the holiday spirit and make sure to follow Freeform on social media to find out when your favorite Christmas special will be airing!