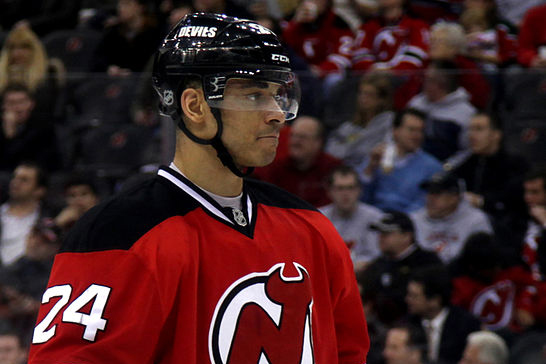 The first nine games of New Jersey's season included five in which the Devils put up five goals or more. This past Tuesday, they put up five against a dominating Los Angeles Kings team in dominating fashion, the first time doing so since November 12th, when they came back to beat a struggling Chicago Blackhawks team 7-5.

With injuries constantly striking two of the Devils main forwards in Marcus Johansson and Kyle Palmieri, scoring has been of an issue for New Jersey.

The offensive scoring began in the first period off of a debacle in front of Kings netminder Jonathan Quick. An oddly deflected puck from Travis Zajac managed its way back into his own net in a strange series of events. That gave New Jersey an early lead.

Later in the period, 19-year-old Swede Jesper Bratt fed Taylor Hall across the center of the ice and the power forward buried the second goal for the Devils from twenty feet out. Although the Kings have had recent success, they seemed to be falling apart in this game.

About fifteen minutes into the second period, the Devils were manhandling the Kings, but had no goals to show for it. Taylor Hall broke through a miscommunication by two LA defenders and snuck a puck through the five-hole of Jonathan Quick. That became an embarrassing mishap for the 2016 Norris Trophy winner. The Devils were sitting comfortably up 3-0.

Los Angeles scored late in the third period breaking Cory Schneider’s shutout bid. The Devils weren’t done scoring, however. With just ten seconds left in the game, on the penalty kill, Brian Gibbons scored his team-leading 12th goal of the season on a breakaway.

The final score was 5-1 in favor of New Jersey.

Despite a strong win over a powerful team, Taylor Hall was injured with a knee contusion. He is listed as day-to-day and will not play in Thursday’s matchup against the Canadiens in Montreal.

Forward Nick Lappin has been called up from the AHL to take his place as Lappin played in just over half of New Jersey’s games last season. He had four goals and three assists.