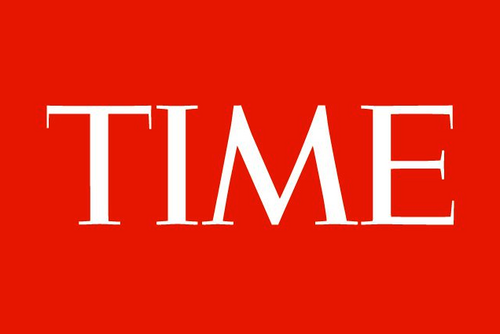 It's safe to say 2017 has been quite a year. Time magazine hit the nail right on its head when its editors named Donald Trump the 2016 Person of the Year. In this year alone, Trump has been part of almost every single news report written in this country due to his radical actions.

From presenting a Muslim ban just a week into being inaugurated as president, allowing drilling to begin on the Dakota Access Pipeline to banning transgender people from serving in the army and rescinding Deferred Action for Childhood Arrivals, I don't think anything worse could have occurred in the last few months. But of course, Harvey Weinstein happened. It was as if Donald Trump's year in office sparked an earthquake across the country which led to the tsunami that moved the #MeToo movement.

So, on the 19th anniversary of their Person of the Year franchise, they named "The Silence Breakers," as the 2017 Person of the Year. These "Silence Breakers" are those who have spoken out against sexual abuse and harassment, including Harvey Weinstein accusers that helped push forward the #MeToo movement, but also the person who began the movement in the first place, Tarana Burke.

It wasn't all that simple to name them as Person of the Year because there were nine others who were on the shortlist. The other nine who were being considered for this year included: Jeff Bezos, The Dreamers, Patty Jenkins, Kim Jong Un, Colin Kaepernick, Robert Mueller, Crown Prince Mohammed bin Salman, Donald Trump, and Xi Jinping.

To think that these nine individuals were up against the "The Silence Breakers" blows my mind a bit, except I'm quite torn that they would have used their worldwide presence as a platform for “The Dreamers” to share their stories.

Unlike "The Silence Breakers" who have media conglomerates like the New York Times to share their stories, Dreamers do not. Instead, they're faced with trying to find a safe space for not only themselves but for their families.

Recently, there was one magazine that did decide to give them a voice. “People en Español,” a Spanish-language publication who is also owned by Time Inc., featured five Dreamers on the cover of their November issue and also 20 others in a two-page spread.

It's Editor-in-Chief, Armando Correa, also made a pledge to feature the story of one Dreamer in every single issue afterward. The problem though is that these features are all in Spanish and feature only Latinos.

Although giving a voice to "The Silence Breakers" was rightfully deserved, Time magazine could've used their worldwide presence to possibly change the path of history and to push Congress to create a bill that would give protections to not just the Dreamers but for everyone else facing the same issues.

While days and weeks pass with Congress ignoring the March 5 deadline to come up with a clean Dream Act, hundreds of Dreamers are losing their legal status and are in fear of deportation. "The Silence Breakers" are in their own way already protected and their voices are being heard unlike those of “The Dreamers.”