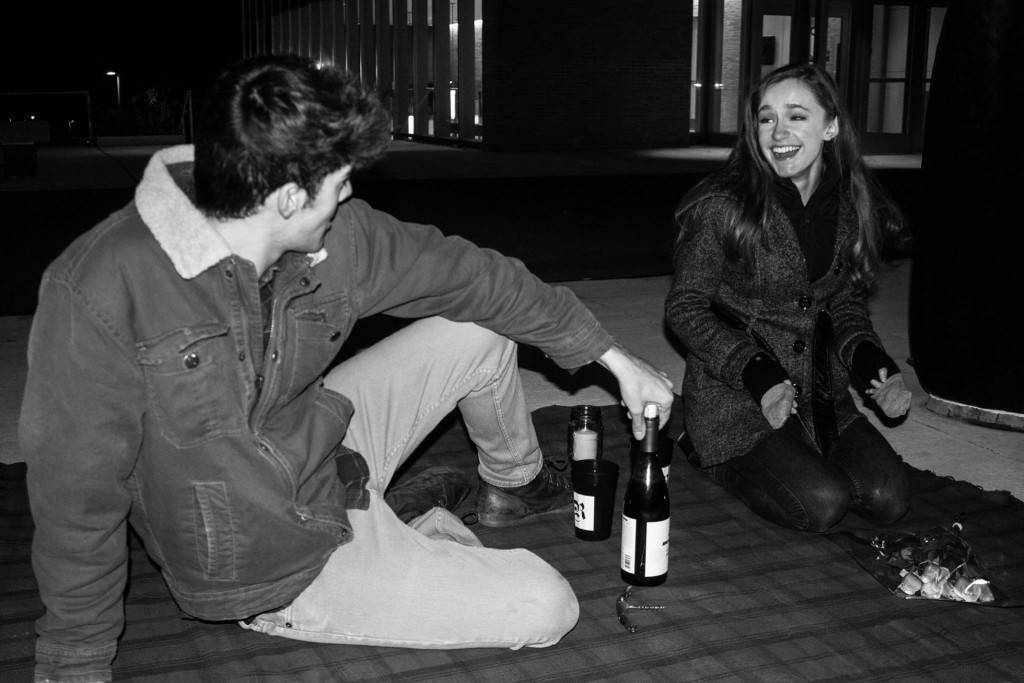 Thursday night was the premier for student-produced web series “Deep End.” The series is the product of Ramapo College’s course, Producing a Web Series, led by professor Kelly Dolak.

The premier kicked off at 5:30 p.m. with a pre-show reception outside of the H-Wing auditorium where guests could talk with the production crew and treat themselves to refreshments. At 7:00 p.m. the guests filed into the auditorium to be the first to view the culmination of an entire semester’s work.

The web series is centered around Kira, an art major, played by Ramapo freshman Jenna Craig. Kira wins an art competition and in effect is granted the opportunity to study in Italy for the next semester.

After the initial excitement, Kira is quickly met by concern over how her boyfriend Adrian, played by Ramapo junior Richard M. Bruno III, will react. Adrian’s possessive nature has recently gotten out of hand and affects Kira’s decision making process, and she has to decide whether to stand up to him or submit to his controlling ways.

“We didn’t come into this trying to make this about an abusive relationship,” said Andy Castro, the Line Producer for the series and Ramapo senior, “It initially was a subplot that we thought that we could make into much more.”

The relationship eventually takes a violent turn, and the series takes a deep dive into how dark an overly possessive partner can be.

“We ended up wanting to focus on this kind of relationship where there is the affection they have for each other, but also the dynamic of them being codependent on each other, but Kira eventually realized that to achieve her goal and everything else she wanted to she needed to separate,” said professor Dolak.

“The biggest challenge was the writing, and then getting everybody together for the shooting over the course of a month. Coordinating so many people was rough,” Castro added, referencing the wrangling of over 15 people at a time including crew, actors and extras to all be available at the same time.

“It was amazing how the crew was able to get all those people together, and on top of that they were really helpful all the way through and brought a great energy to the set,” said Emily Inserra, a Ramapo Senior who plays Kira’s friend Marlowe.

Over 15 weeks, the members of the Producing a Web Series class pulled off a powerful five-episode series with the help of volunteers and faculty alike.

The series is set to go public on YouTube on Tuesday, Dec. 19.