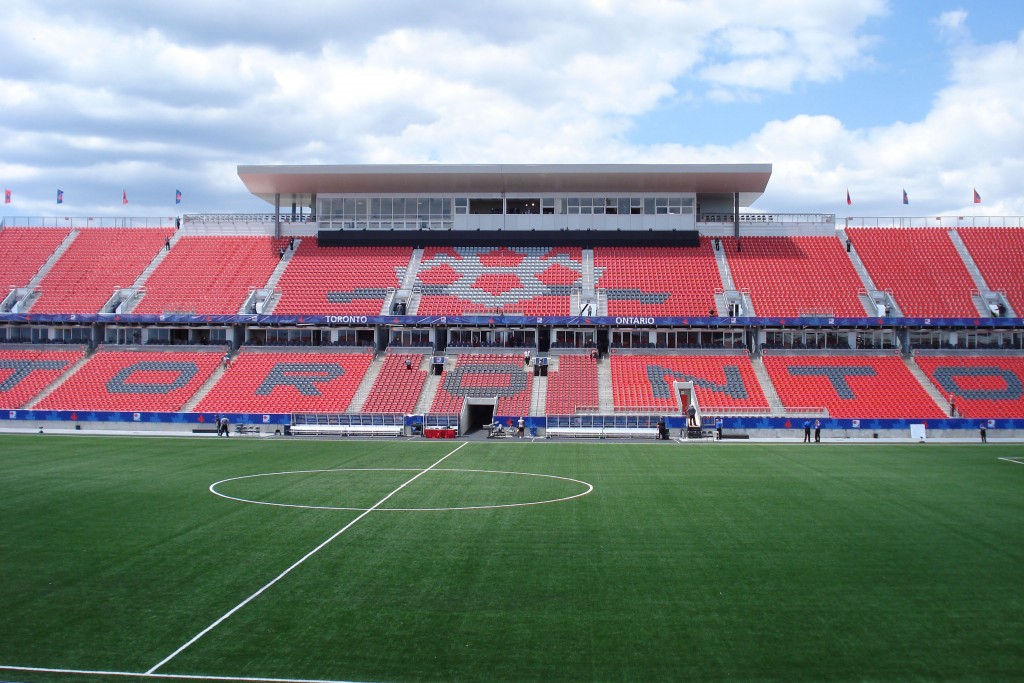 Two months removed from failing to qualify for the World Cup, U.S. Men’s National Team stalwarts Michael Bradley and Jozy Altidore were able to lead Toronto FC to a 2-0 victory over the Seattle Sounders in the 2017 MLS Cup Final.

Toronto simply dominated the match from the opening whistle. A combination of holding onto the ball for large chunks of possession along with a ferocious high press left Seattle scrambling to find any form of continuity or fluidity in their attack.

The Reds had to wait until the 67th minute for the opening goal, but it was a sequence worthy of their teams commanding performance. Italian international player Sebastian Giovinco played Altidore in behind the defense with a perfectly weighted through ball and the USMNT striker made no mistake as he deftly lifted the ball above the outstretched keeper and into the back of the net.

A second, nonessential goal came in the 94th minute as Victor Vazquez found himself in the right place at the right time and tapped home a shot that was deflected off the post.

In a league that values parity and relies on an “American playoff format” to decide its champion, very rarely does the best team of the season win. Last season, Seattle was able to ride some late momentum into the playoffs and finished off the year by winning MLS Cup on penalties without even recording a shot on goal in open play.

This was not the case in 2017 as TFC has been the best team throughout the entire season. Toronto was able to win every competition that they were eligible to participate in.

Their accomplishments this season include winning a Supporters Shield for finishing atop the MLS standings in regular season points, defeating the Montreal Impact in the Canadian Championship, and finishing the year with the clubs first MLS Cup.

This is the type of success that Toronto’s front office has come to expect as they have assembled the most expensive team in league history and the play on the field is beginning to reflect positively on that investment.

Many pundits are calling this the best team and season ever assembled. Although the six-team Canadian Championship does not compare to the difficulties of the US Open Cup, Toronto is still the first North American (and MLS) team to complete the domestic treble.

Their high profile, expensive Designate Players (Bradley, Altidore, Giovinco) have brought the team notoriety and success on the field but it has been the shrewd signings of former FC Barcelona man Vazquez and the likes of Justin Morrow and homegrown goalkeeper Alex Bono that have truly taken TFC to the championship level.

MLS coach of the year, Greg Vanney, also deserves applause for the success as he not only had to gain the respect of three of the league’s biggest names but his ability to tinker with formations and tactics without sacrificing his team’s strengths consistently left opposing coaches guessing throughout the playoffs.

Toronto FC has set the benchmark for what it means to be champions of MLS and is extremely worthy of the crown. Teams like Atlanta United and NYCFC have already begun trying to mimic the TFC template and fans of the league can only hope that other teams realize that they need to match the commitment and investment if they hope to keep up.