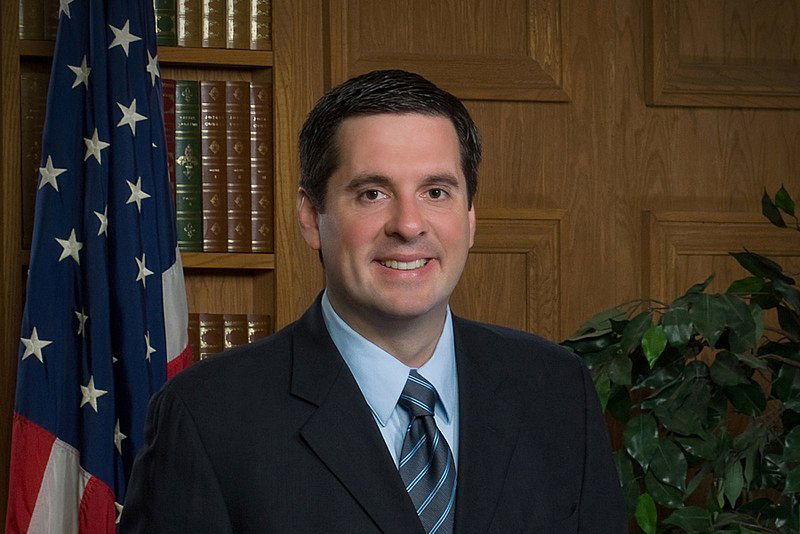 Chairman Nunes said in a statement after the memo’s release, “The Committee has discovered serious violations of the public trust, and the American people have a right to know when officials in crucial institutions are abusing their authority for political purposes.”

The memo details the actions of the Foreign Intelligence Surveillance Court (FISC) in their investigation of former foreign-policy director for President Donald Trump’s 2016-17 Campaign team and private citizen Carter Page.

Christopher Steele is a Private Investigator who was employed by the FBI as a long-time informant, and was paid to compile the dossier on Carter Page, the then-foreign-policy director to Donald Trump during his 2016-17 presidential campaign. While on the FBI’s payroll to compile the Carter Page dossier, Steele was simultaneously paid by the DNC and the Clinton Campaign through the law firm Perkins Coie and research firm Fusion GPS.

According to the memo released by the HPSC, Steele admitted a bias against Donald Trump and his campaign team to then-Associate Deputy Attorney General Bruce Ohr, saying he "was desperate that Donald Trump not get elected and was passionate about him not, being president.” Knowing Steele’s bias and conflict of interest, Ohr still did nothing to terminate him as an FBI informant, and allowed the FISA application on Carter Page to be processed.

At the same time, Ohr’s wife “was employed by Fusion GPS to assist in the cultivation of opposition research on Trump, according to the memo. The memo further stated that Ohr “provided the FBI with all of his wife's opposition research, paid for by the DNC and Clinton campaign via Fusion GPS. The Ohrs' relationship with Steele and Fusion GPS was inexplicably concealed from the United States Foreign Intelligence Surveillance Court.”

The process for FISA investigations is meant to be nonpartisan, and yet it seems the entire Carter Page FISA investigation was bankrolled by the DNC and Clinton Campaign. The majority of the information collected to support the Page FISA application was collected by employees of the DNC; therefore the information simply cannot be regarded as ethically sourced or credible.

The release of this memo also explains and supports the firing of former FBI Director James Comey, who allegedly knew that Steele’s information was unverified and yet issued a warrant for the Carter Page FISA Application.

According to the HPSCI declassified memo, “The FBI and DOJ obtained one initial FISA warrant targeting Carter Page and three FISA renewals from the FISC. As required by statute (50 U.S.C. §1805(d)(1)), a FISA order on an American citizen must be renewed by the FISC every 90 days and each renewal requires a separate finding of probable cause. Then-Director James Comey signed three FISA applications in question on behalf of the FBI.”

The declassified HPSCI memo has nothing to do with who is Democratic, who is Republican, or even whether one supports President Donald Trump. The rights of American citizen Carter Page were violated when a FISA warrant was issued against him without sufficient evidence. The FBI, the Foreign Intelligence Surveillance Court, and the Democratic National Committee and Clinton Campaign who bankrolled this entire scandal should be ashamed of themselves for perpetrating this injustice against Page and the American people.

As American citizens, we should be outraged by the content of this memo. If the government feels entitled enough to issue investigation warrants against citizens without evidence, any one of us could become the next Carter Page; the next target of a politicized raid against innocent private citizens.