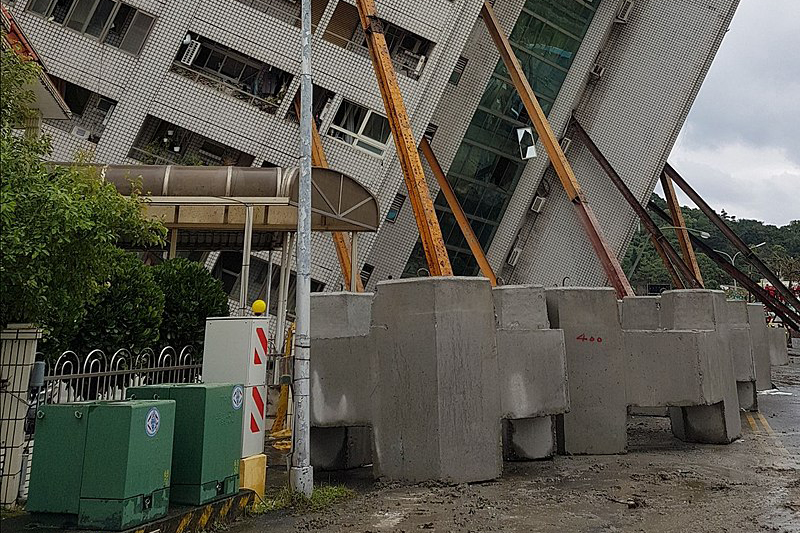 A major earthquake with a magnitude of 6.4 shook through Taiwan’s eastern coast on Feb. 7. Rescue workers were trying to find as many people as possible in fallen buildings and houses and the people stuck in the buildings had the possibility of being stuck for hours on end.

As the search wrapped up on Feb. 11, it had been reported that at least 17 people were reported killed and upwards of 280 people were injured. A memorial service was held on Monday, Feb. 12, to honor those who died.

“Rescuers were digging nonstop on the back of the building to try to find people trapped on the lower levels of the building,” Hualien County Fire Commander Zhu Zhe-Min said.

“No one was trapped in the upper floors of the building,” officials said. All the people they found missing were connected to the building that fell.

Eight people were still unaccounted for in Hualien on Thursday afternoon, all of whom were believed to have been living or temporarily staying at the now badly damaged and tilting Yun Men Tsui Ti building, CNN reported.

In another part of Taiwan, rescue workers were trying to free two people stuck in a hotel whose ground floor caved after the earthquake struck. A maintenance worker was saved after being stuck in the hotel’s basement while other people were shining their flashlights for help.

Bridges and highways were closed for inspection after the earthquake hit to ensure complete safety for the public.

"We're putting a priority on Hualien people being able to return home to check on their loved ones," Cabinet Spokesman and Legislator Hsu Kuo-Yung said.

One of worst earthquakes that hit Taiwan was back in occurred in 1999. The earthquake is known locally as the “921 earthquake,” holding a 7.6 magnitude and causing more than 2,000 casualties from it. Exactly two years ago, a 6.4 magnitude quake hit southern Taiwan, causing a collapse of an apartment building and the deaths of 115 people.

Earthquakes hit Taiwan frequently. Most are minor and do not create much damage, CBS News reported. When major earthquakes do occur, it is much more difficult to manage the cleanup and remedy the issues caused by the quake.