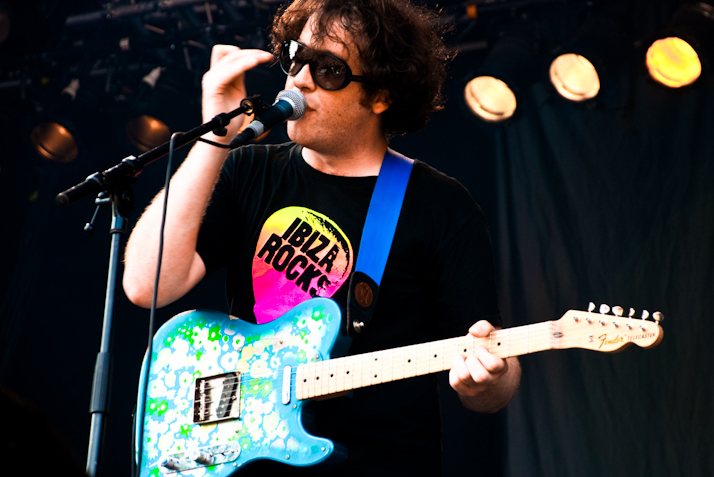 The Wombats released their fourth album, “Beautiful People Will Ruin Your Life” on Friday,

The Wombats are well known for such songs as “Vampires & Wolves,” “Jump into the Fog,” “Let’s Dance to Joy Division,” and “Your Body is a Weapon.” In 2007 and 2011, when many of these songs were released, they peaked at high positions on both U.S. and U.K. charts.

Once you start listening to this album, all of the songs flow seamlessly together. It’s an album full of alt-pop numbers that channel songs off previous albums. “Lemon to a Knife Fight” is a vague reminder of “Jump into the Fog” off of their sophomore album, “This Modern Glitch.”

While it doesn’t have the same upbeat tempo or fun message, listening to them side by side shows that The Wombats are sticking to what they know best and they are elevating it by introducing new elements in songs that sound more indie-inspired.

“Turn,” the third track off the album, became an instant favorite. It talks about love and the memories associated with it. “Lethal Combination” can also be considered a love song, but it’s much unhealthier with lyrics like “We're a lethal combination, too lost for therapy/Guilty by association” and “And if you wake up feeling happy, you're doing it wrong.”

The only song that falls a little flat is “White Eyes,” which wasn’t particularly enjoyable. The lyrics do seem to keep up with the rest of the album, as it fits in with the theme of love, along witth the beat as well, but the tone of it is slightly somber, and it feels a little bit dragged behind the rest of the songs.

A recurring theme throughout the album is love, and even though it may not always be sunshine and roses, in no way does it suggest that love can't be satisfying or shouldn’t be explored.

In that sense, the sound of The Wombats has matured in terms of lyrical content, as lead singer and guitarist Matthew Murphy noted that the inspiration behind the album was “just a documentary… of growing up and reaching these hurdles or barriers in life and trying to overcome them.”

However, that doesn’t mean that all of “Beautiful People” has to be serious.

The album is more flippant and absurdist than its title suggests, with lines such as “Am I right where you want me?/Melting like an ice cream in the sun” and “My Japanese bazooka, my alley cat/I like it when you're good but I prefer the bad/And I just wanna dip you in honey.”

The lyrics are a bit bizarre at times, but mixed with the production, vocals, and instruments, The Wombats have created another successful album that’s sure to have people singing along and dancing.

Overall, this was a thoroughly enjoyable album, and for anyone looking to expand into alternative rock, “Beautiful People Will Ruin Your Life” by The Wombats would be a good place to start.