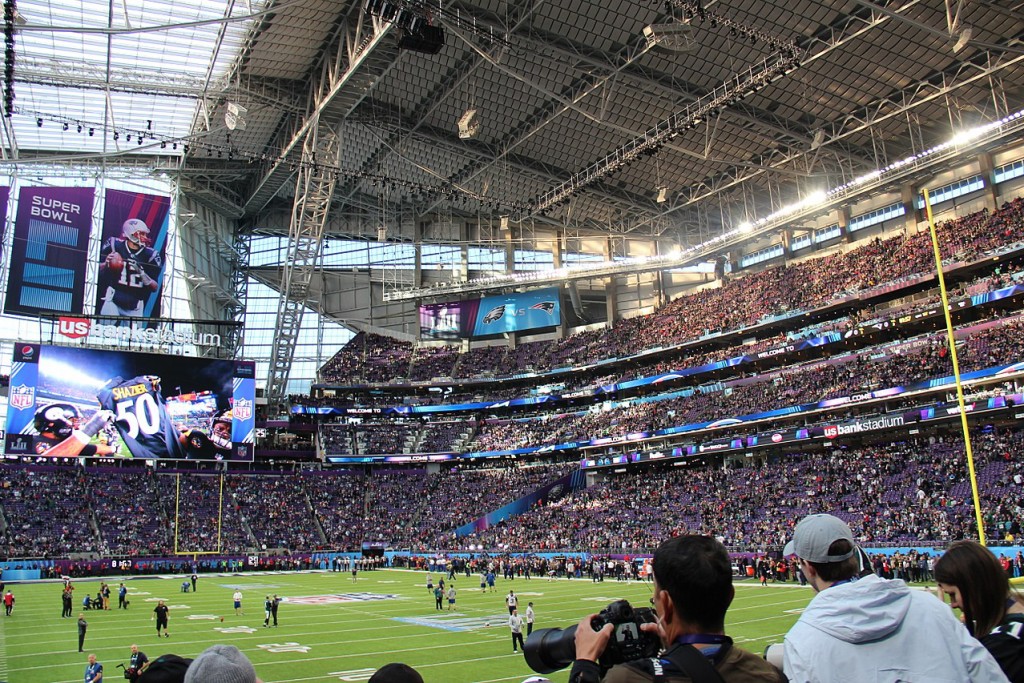 If you like offense, then watching Super Bowl 52 on Feb. 4 would have been in the best interest of you. The game was a shootout from start to finish between the Philadelphia Eagles and the New England Patriots in a fight for the Vince Lombardi trophy.

The units lead by Patriots quarterback Tom Brady and Eagles quarterback Nick Foles combined for over 1,000 yards in total offense, eclipsing a Super Bowl record for most yards in the big game. They each also threw three touchdowns and Foles even caught one on a trick play to end the second half.

Ultimately, between the poor performances from both defenses, the Eagles defense stepped up and made a play when it was necessary by strip sacking Brady and recovering with just over two minutes left in the game. The Eagles kicked a field goal to go up eight points and eventually knocked down New England’s last Hail Mary attempt to win their first Super Bowl in franchise history.

Beating the Bill Belichick/Tom Brady regime is a tough task to follow. The only other team to accomplish this was Eli Manning and the New York Giants in 2007 and 2011. New York accomplished this by applying pressure on Brady and forcing him to throw in traffic.

Eagles head coach Doug Pederson’s stacked defensive line took advantage of this area, and even though he wasn’t sacked until the fourth quarter, Brady had to make many throws with guys draped all over him. Philadelphia kept attacking the weak spots of New England’s offensive line and eventually broke through for the key strip sack late in the game.

Another reason New York was able to beat the Patriots was because of their outstanding offensive plays on third down and late in the game. This could be cited back to David Tyree’s helmet catch in Super Bowl 42 and Mario Manningham’s sideline snag during Super Bowl 46 on the left sideline.

It seemed that the Eagles made those plays consistently throughout the game as their offense finished with 41 points, and productively converted third downs and even went two for two in fourth down situations.

One fourth down conversion occurred on Philly’s own side of the field in the second half. Pederson’s aggressive style worked to perfection in the big game. He even said, “If you call plays conservatively, you’re going to be 8-8, 9-7 every year.”

This playstyle along with Brandon Graham’s strip sack of Brady late in the fourth quarter helped secure an Eagles win.

Quarterback Nick Foles’ performance earned him Super Bowl MVP honors for the first time in his career. Yet, the NFL community wasn’t as thrilled about this accomplishment since the Eagles winning a Super Bowl stood alone as a headline that will never be forgotten in the history of the NFL and the city of Philadelphia.