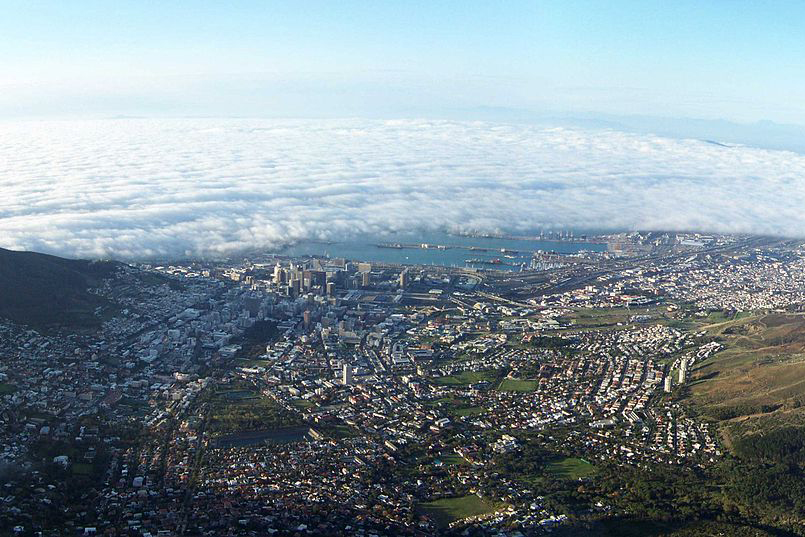 Cape town has often served as a haven for tourists in South Africa, as well as a lovely locale for the locals.

However, this reputation threatens to be upended as the cosmopolitan area is subjected to one of the most severe droughts in its history. The city’s major source for water, the Theewaterskloof dam, as well as other reservoirs have been dropping severely due to low rainfall over the last three years, according to National Geographic.

This has culminated into the budding crisis that threatens to the city’s access to water, with citizens already restricted to the usage of 13.2 gallons of water per day as an ominous “Day Zero” deadline, when the city would be forced to shut off the tap due to lack of water, which local officials are hoping to pushback until the rainy season, according to USA Today.

When talking about such events, it is often tempting to cast the humanitarian losses left in their wake as regrettable but inevitable; casting the blame off to harsh weather or tough climate conditions with the occasional acknowledgement to the increasing severity of such things due to climate change.

This perspective certainly isn’t wrong in the sense of being factually incorrect, though it ends up missing a fair amount of crucial details in its analysis. The truth of the matter is that the term “natural disaster” is a bit misleading. While it can not be denied that natural events and phenomenon serve as the spark, the powder keg that blows up into a humanitarian disaster is largely due to the socioeconomic conditions and policy decisions of a society’s own making.

The U.S.’s own recent history is testament to this, as the part of reason why 2006’s Hurricane Katrina and the more recent Hurricane Maria were so devastating to New Orleans and Puerto Rico respectively lied in existing socioeconomic dynamics as well as policy decisions in the area of land development. Cape Town is no different.

South Africa's former president, Jacob Zuma, who resigned Wendesday after pressure from his political party, was scandalous in his administration’s handling of the treasury, specifically in the area of the payment of social grants. These grants, the distribution of which are handled by the private company Cash Paymaster Services (CPS), have been found nearly or absolutely unpaid, according to the South Africa’s Publication Mail & Guardian.

The poor management of the service, which helps fund crucial public works projects 30 percent of the population depend on to survive according to Publication Mail & Gaurdian, have left areas like Cape Town without the means to fund public infrastructure projects.

This is why the city council, despite knowing about the decline in the reservoirs for years, have found their efforts in diversifying their water sources through the establishment of desalination plants, water wells, and a effluent recycling plant behind schedule. These efforts can’t come soon enough as the city tries to push back day-zero and prevent a humanitarian crisis.

As the days pass, we should be aware that Cape Town will likely not be an isolated incident as other cosmopolitans areas such as Mexico City, Melbourne, Australia, and Sao Paulo, Brazil have been reporting water shortages along with many other cities. It’ll be crucial, not only for Cape Town but the world, to be mindful of their policy decisions and socio-economic conditions. Because otherwise when that natural trigger hits and the social tensions and political mismanagement of a society are laid bare the fog of violence will come over these cities, transforming them into bloodbath of our own doing.