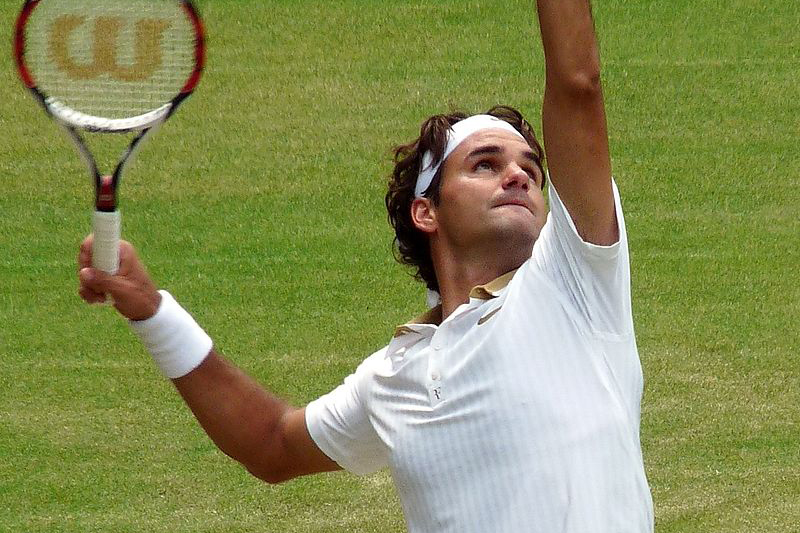 A few weeks ago, tennis players from around the world competed on one of the game’s biggest stages in Melbourne, Australia for the chance to win the Australian Open. Stars like Hyeon Chung from North Korea and Marin Cilic from Croatia pulled off upsets that didn’t seem possible and both showcased their great skill throughout the tournament.

Cilic was able to beat super star player Rafael Nadal after Nadal retired from the game indicating that he had an injury on his upper right leg. This gave Nadal an opportunity to sit back and witness the greatness of his rival Roger Federer.

Many believed the only player equipped to stop Federer was the current number one player in the world, Spain’s Rafael Nadal.  Nadal, whose only Australian Open win came in 2009, appeared to be primed to make a return to the finals for a rematch with Federer. Nadal had only dropped one set all week, but it was clear after his match with Cilic that he wasn’t ready physically and mentally to face Federer.

Federer was able to breeze through the tournament easily until he met up with Cilic in the finals. Even then, Federer for the most part was very dominant in his final game against Cilic. However, towards the fourth set, you could tell he had somehow lost his focus. Federer ended up losing that set and Cilic was gaining crucial momentum.

"The problem in the fourth set was that my mind was all over the place," Federer told Australia's Seven Network. "I was so close and I was telling myself, 'Don't mess it up,' and then that's exactly what I did. I got a bit lucky at the beginning of the fifth set. I personally don't think I would have come back if he'd broken me first.”

After that slight lapse in focus, Federer regained his momentum and was able to beat Cilic in five sets.

Federer’s win caps off a remarkable 12 months for the superstar. In the past 12 months, Federer has won back to back Australian Opens and three Grand Slam championships in all, bringing his total to 20.

"I'm happy I can show emotions and share it with the people," Federer said during his on-court speech. "If I got emotional, it's because it was a full crowd again. This is for them also”.

Despite winning the same tournament last year, Federer couldn’t hold back his emotions and looked as if it was his first time ever winning a major tournament. Federer is arguably playing the best tennis of his career and at this point it looks like no one can stop him.