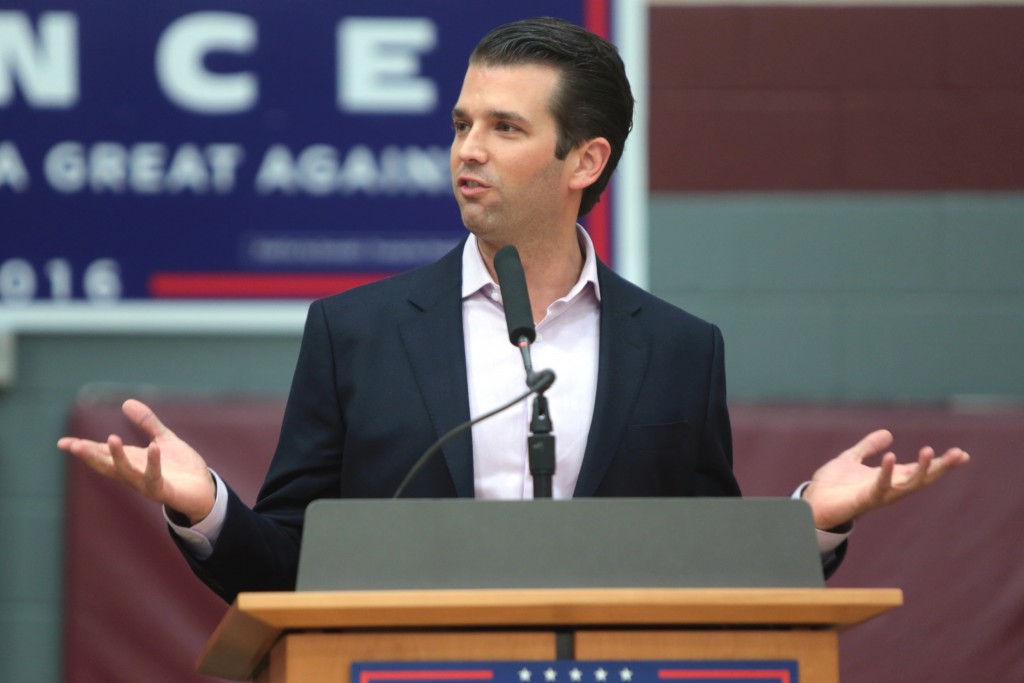 The New York Police Department reported that a letter containing an apparent “white powdery substance” was mailed to the midtown Manhattan apartment of Donald Trump Jr. on Monday. Vanessa Trump, his wife, was the one to open the letter and was then taken to the New York-Presbyterian Hospital immediately after opening it and calling 911.

After opening the letter, she claimed she was “not feeling well” and was taken to the hospital as a precaution. Two other people that were with her had gone to the hospital in case of any exposure.

One of the two was Vanessa Trump’s mother, Bonnie Haydon. According to The Associated Press, it was reported that she also “felt nauseated and was coughing.” After this occurred, a preliminary assessment was done that showed the substance was non-hazardous, according to NYPD spokesman Lt. John Grimpel.

The letter is believed to have something to do with political discourse regarding the Trump administration. According to ABC News and the New York Post, the package had a Boston postmark.Trump Jr. then took to Twitter later in the day to share his thoughts on the matter. “Thankful that Vanessa & my children are safe and unharmed after the incredible scary situation that occurred this morning. Truly disgusting that certain individuals choose to express their opposing views with such disturbing behavior.”

Trump Jr. has been featured heavily in the media since his father took office. Most recently, he has been heavily criticized for his role in a meeting that was said to have taken place with his father and a Russian attorney.

The possibility of information concerning Hillary Clinton and the most recent election was proposed as information being traded during the meeting. However, these allegations were denied from both the Russian government and Trump administration.

Mail containing white powder has posed as a threat to those directly or indirectly involved in the government since 2001. This was when envelopes laced with anthrax were being sent out to lawmakers and major media outlets, killing five people in the process. In 2016, an envelope that containe a harmless powder was given to Trump Jr.’s brother, Eric Trump.

The Secret Service will usually be involved with these types of cases when something involving the immediate family of the president takes place. Although the investigation points directly towards the occurrence that took place with Trump Jr.’s wife, neither him nor his wife are specifically being addressed in the statement.

Although Ivanka Trump posted a tweet about the event, the Trump Organization did not have a comment for the press. It is still unclear what exactly the powder was.