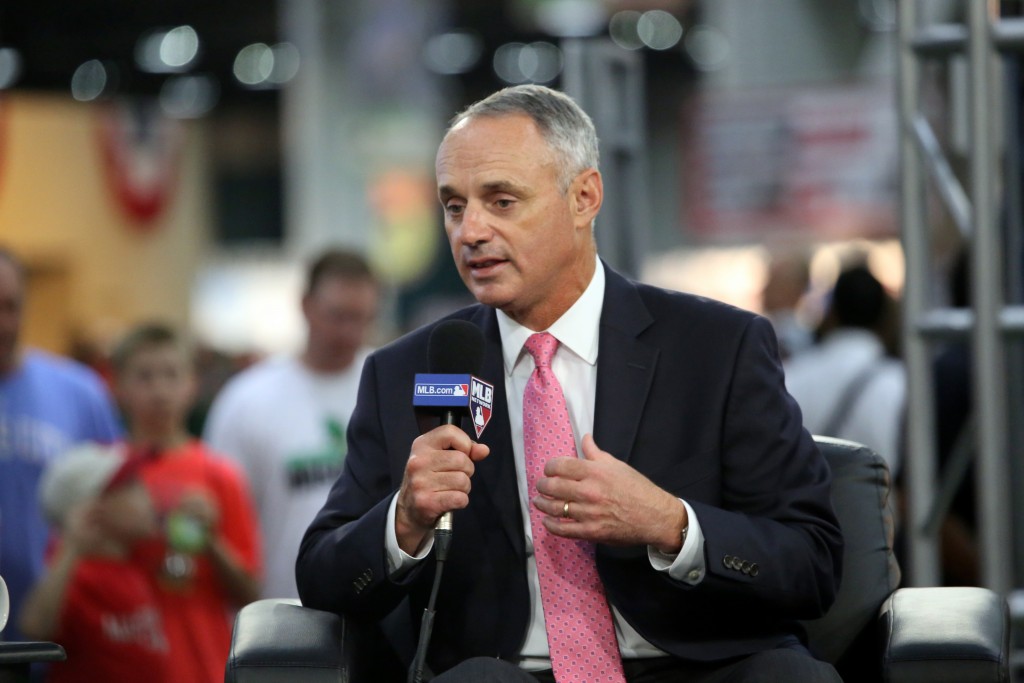 Major League Baseball commissioner Rob Manfred announced early on Monday a series of rule changes to quicken the pace of play during baseball games. Many speculated that a pitch clock or a between-batter timer would be used specifically for this reason come the 2018 season, however, the MLB Players Association decided against it “in order to provide players with an opportunity to speed up the game without the use of those timers,” according to the league announcement. After several weeks of negotiations between the MLBPA and Manfred, the union decided instead to limit mound visits.

Major League Baseball released a statement to the press concerning the pace of play rule change, as well as Manfred’s statement on the new rule.

In an effort to minimize downtime between innings, the new rule states that each team will be limited to only six mound visits per game. If the game continues into extra innings, one extra mound visit per inning played will be awarded to both teams. This means that every visit to the mound by a coach, manager, infielder or catcher counts as a visit.

The MLB is also introducing an official timer between innings. The timer begins immediately after the final out is recorded. During pitching changes, the timer begins when the reliever leaves the bullpen and crosses the warning track or foul line. This means that the new pitcher has two minutes and five seconds from when he leaves the bullpen to get the mound, throw his warm-ups and prepare to throw the first pitch to the batter.

In addition, all club video review rooms will now receive direct slow-motion camera angles. The MLB also plans to install new phone lines connecting the video review rooms and the dugout in order to monitor the communications over those lines to prevent the possibility of sign-stealing.

No players have commented on the rule changes thus far. However, MLBPA chief, Tony Clark, issued the following statement on Monday:

“Players were involved in the pace of game discussions from day one and are committed to playing a crisp and exciting brand of baseball for the fans, but they remain concerned about rule changes that could alter the outcome of games and the fabric of the game itself.”