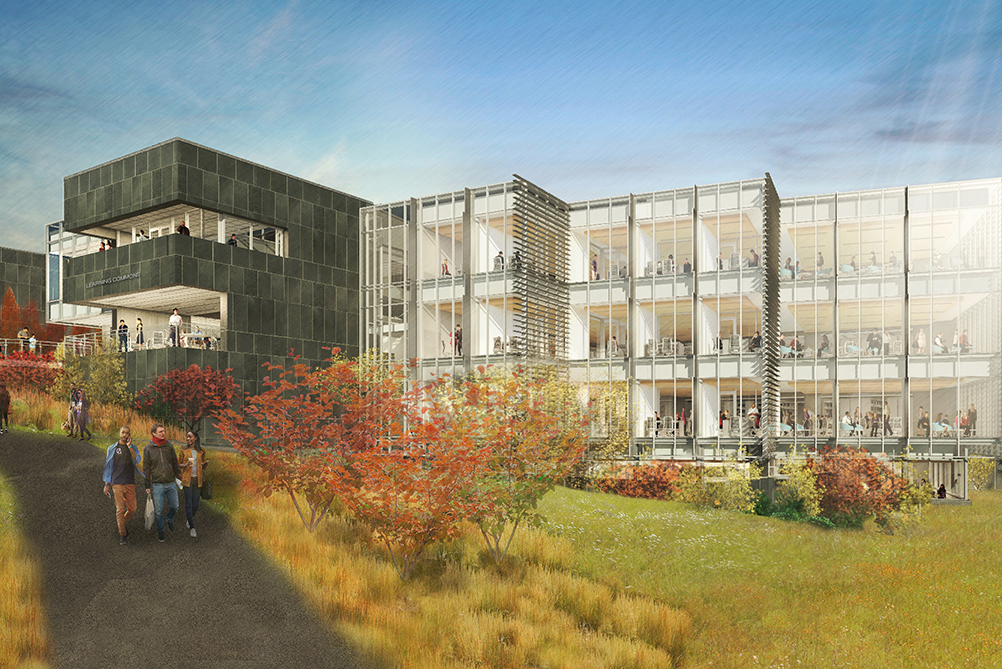 In a multi-year effort to renovate George T. Potter Library, Ramapo College is set to temporarily move the library to Linden Hall. The construction taking place in the library is set to transform the library into a new “learning commons” for students and faculty. Construction will begin in the summer of 2018 but the library itself will not be moved until the winter of 2019.

The decision was put through on Dec. 11, 2017 when the Board of Trustees “approved the plan to take Linden Hall off-line as a residence hall and use as swing space for the library,” according to the library’s website. The temporary library will only take up two floors of Linden hall and The College promises that this temporary library will provide almost all of the same services as the George T. Potter Library. That will include reading room seating, a 10,500-volume core collection and excellent Wi-Fi.

While some students seem excited to see the library renovated and expanded, others seem worried about the temporary library being established. Ramapo College student Will Sperduto was one who voiced his concerns.

“I’ve been using the library since freshman year and I just hope the new (temporary) library will be able to provide resources and an environment just as good as the library now,” said Sperduto. “I also hope the renovations don’t take as long as the renovations for Birch Dining Hall.”

The closing of a dormitory leaves the potential for more crowded dorms on campus; in particular, freshmen dorms. While Ramapo College is still seen as a “commuter college” with 53 percent of students still living off campus according to U.S. News, that still leaves 47 percent of students living on campus with the potential to be affected by the closing of Linden hall. With Linden hall closing, this will leave only two freshman dorms, Mackin Hall and Pine Hall.