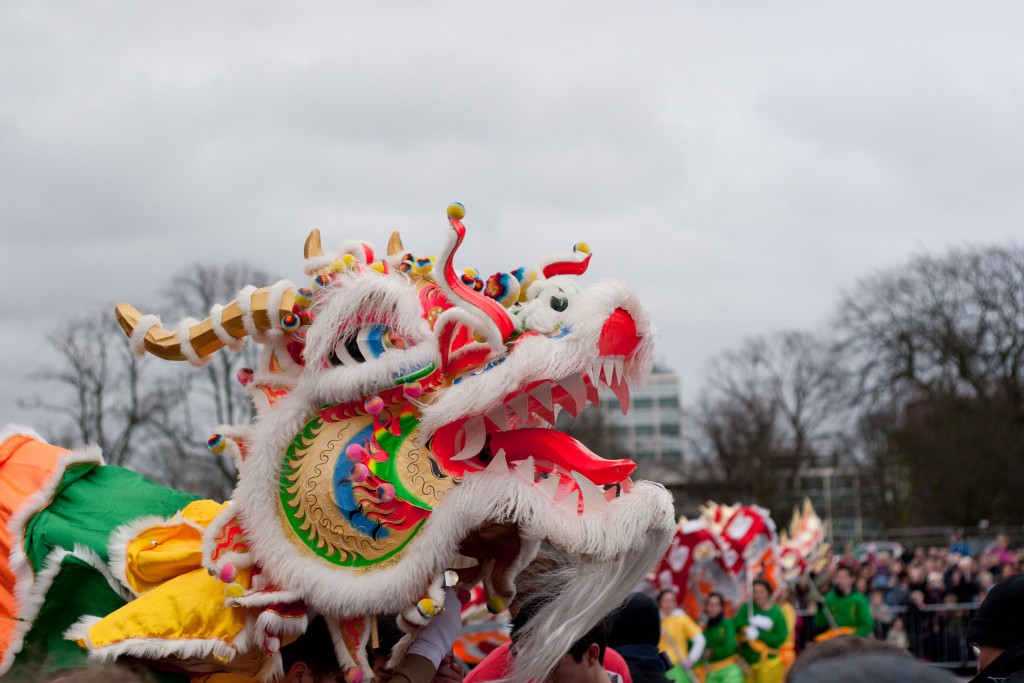 The United Asian Association hosted a Lunar New Year Festival in the Alumni Lounges to celebrate Chinese New Year on Friday, Feb. 16. Students of UAA served a variety of Chinese dishes, including many gluten-free vegetarian options and tapioca bubble tea.

UAA President Jaise Vincent said, “For the students who live on campus and don’t get to be home for Lunar Year, which for them is as big as a celebration as actual New Year’s Eve, they can still celebrate and have good food and just hang out with friends.”

Each student received a festive red envelope upon arrival which contained a ticket that was redeemable at the event’s Polaroid picture station. Symbolic of luck and wealth, tables and walls were draped in red and gold cloths and streamers. During dinner, students talked amongst themselves, listening to a fun playlist of K-Pop and J-Pop music.

Junior Maria Martinez said, “The club did really great with decorations and making sure there was enough food ordered. It’s a fun time.”

This Chinese New Year rings in the Year of the Dog, which is the 11th of a dozen zodiac animals in the Chinese calendar. According to Newsweek, “The dog’s most defining characteristic is loyalty. People who were born in a Year of the Dog supposedly never abandon their family, friends, or work. They are just and honest people and popular in social circles.” Past years of the dog prior to 2018 are 2006, 1994, 1982, 1970 and 1958.

“We try to theme it around whatever the zodiac animal is,” explained Vincent, gesturing towards the back corner of the room, where students were writing ‘dog’ in Chinese characters on their red paper fans and painting glitter tattoos in shapes of dogs. The festival also programmed its own Snapchat filter, a “Happy Lunar New Year” banner with dogs poised on each side.

“I think it was a really successful event and it made people appreciate the Chinese culture and Chinese New Year,” commented UAA volunteer Vianca Cartas. “It’s very joyous that a lot of people are celebrating a different culture, especially since you see everybody from different cultures in here.”

Toward the end of the night, students ditched their chairs to perform line dances to classic party songs like “September” and “The Cupid Shuffle.”

Sophomore Dinesh Baskar Rao reflected on the night’s festivities. “Honestly it was a very well-done event. Everything went off without a hitch. There was enough food for everyone, they had enough arts supplies for everyone. They had good music there.”

To learn more about Asian cultures, heritages and customs, UAA meets on Wednesdays from 1-2 p.m. in B225.