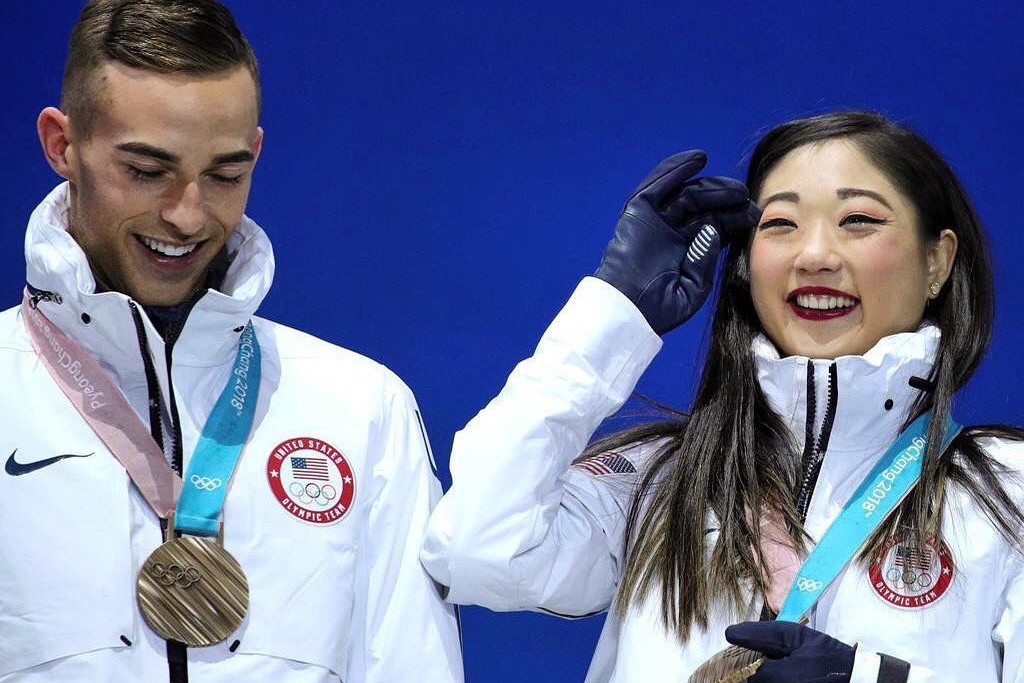 As National Eating Disorder Awareness week arrives, there has been a spotlight upon the world of Olympic athletes. Many individuals this past year have come forward saying they have suffered from an eating disorder, with some even dropping out of the games altogether.

The National Eating Disorder Association sites “in a study of Division 1 NCAA athletes, over one-third of female athletes reported attitudes and symptoms placing them at risk for anorexia nervosa.” Although many of those who suffer from an eating disorder are women, there is also an increased risk associated with male athletes. The NEDA also estimates around 20 million women and 10 million men struggle with an eating disorder throughout their lifetime.

Some of the reasons why athletes are more prone to the disorder is that they believe a certain weight will improve their performance, the pressure they receive from family or coaches, and the pure physicality of any group or individual sport. However for Olympic athletes, the pressure to symbolize an entire nation with your body becomes overbearing for many.

Susie Parker-Simmons, a sports dietitian with the United States Olympic Committee, spoke to the New York Times recently, saying “these athletes are so disciplined, and food is one of the things they can actually control when they can’t control other parts of their lives.”

USA Today reports that “leading up to the 2018 Winter Olympics, Gracie Gold of the United States and Yulia Lipnitskaya of Russia both dropped out of contention to seek treatment for serious eating disorders.” Other athletes who have come out saying they have suffered happened to be former Olympians Nadia Comăneci, Cathy Rigby, Bahne Rabe, and Nancy Kerrigan.

In the 2018 games Norway has been taking measures to ensure the safety of their own athletes. One method is to withold the weight of their athletes from the public, so added pressure is not placed on the person.

The New York Times recently reported on the male figure skaters, Adam Rippon and Brian Boitano’s struggles with disordered eating during their careers. “If judges tell you to lose weight,” Boitano said, “you don’t have time to figure out how to do it healthily.”

Understanding eating disorders becomes very difficult for those who have never dealt with a complicated relationship between their mind, body, and food. Norway’s decision to not include their athletes weights is a step in the right direction, though it's not something that will ultimately stop their athletes from developing a form of an eating disorder.

Comments, public approval, and pressure to be the best are all contributors that are not going away anytime soon. One of the behavioral traits associated with eating disorder according to NEDA is perfectionism, which is a desire increasingly prevalent young athletes.

For many athletes, especially those competing at an Olympic level, victory is something they would go to great lengths to accomplish. They will put their bodies through whatever it must endure in order to end up on top. Yet once the games are over, it becomes a slippery slope of recovering a healthy relationship with food and their body.

When considering which athletes should qualify for the Olympic Games, weight should not factor into that decision. Rather it should be the skill of the athlete and their capability to perform in whichever sport they compete in. Norway is leading by example by not displaying their athletes weights for comparison. Other nations around the world must take note of the serious implications of eating disorders, especially in the world of sports.