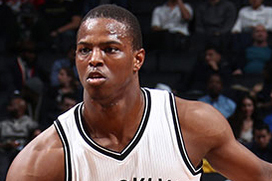 Yahoo! Sports released a report on Friday that revealed some of the most specific details yet regarding the FBI’s investigation into corruption in college basketball.

The report was incredibly detailed as it included documents and bank records of the loans given to players and it even went as far as to name the specific players and schools that were involved in committing the several NCAA violations.

Prestigious college basketball schools like Duke, North Carolina, Kentucky, Notre Dame, Louisville and Kansas are just some of the many named in the FBI investigation that could face possible repercussions by the NCAA.

With current college stars like Wendell Carter, who plays for Duke, Collin Sexton, who plays for Alabama and Kevin Knox, who plays for Kentucky mentioned in the FBI investigation, it shows that college basketball corruption, no matter how many times schools have been caught and punished, is still a tremendous issue and NCAA president Mark Emmert was not having it.

“These allegations, if true, point to systematic failures that must be fixed and fixed now if we want college sports in America,” said Emmert. “Simply put, people who engage in this kind of behavior have no place in college sports. They are an affront to all those who play by the rules”

The report also put a lot of its focus on ASM Sports, a big-time sports agency in Edgewater, New Jersey, that was ran by former NBA agent Andy Miller, who paid current and former high school and college players to sign with their agency once they went pro.

Not only would ASM sign athletes with the hopes they’d make them millions in the future, they were taking bribes from colleges to influence and sway players to commit to that specific school, which are two major violations of the NCAA’s amateurism rules.

The report also detailed the FBI wiretapping Arizona Wildcats’ men’s basketball coach Sean Miller’s phone, where they were able to intercept a conversation with Christian Dawkins, an employee of ASM sports, where Miller talked about making a $100,000 payment to the agency to ensure that freshman star Deandre Ayton would sign with the team.

Money given to players and family members ranged from $40 dollars to hundreds of thousands of dollars, according to the report.

Besides money, other benefits given to players and family members included dinners as well as other impermissible benefits, preferential treatments and extra benefits which are severe NCAA violations and could take away a players eligibility as well as sanction the school if found guilty.

One thing for certain is that with the NCAA Division I Men’s Basketball Tournament coming up in less than three weeks, it’ll be interesting to see whether or not the games best players will be able to play.

With schools already suspending players and more information possibly coming out soon, potential big-time coaches and players may become ineligible for the tournament, which has the potential to draw away millions of viewers and millions of dollars.