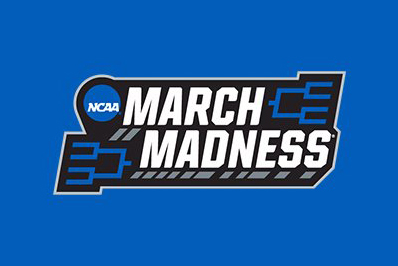 There has long been a debate amongst athletes, coaches and fans whether NCAA athletes should receive further compensation for their efforts throughout the season.

Athletes looking to take the step from high school to college and play for a team that is a part of the NCAA must be confirmed an amateur athlete. Per the NCAA guidelines, amateurism requirements prohibit: Contracts with professional teams, salary for participation, prize money that exceeds necessary expenses, benefits given by professional teams, and premature agreement to be represented by an agent.

The issue has resurged in prominence this past week as federal investigators came into contact with documents from a former NBA agent. The papers reveal detailed plans for an extra compensation operation, primarily money and gifts.

This detailed operation would potentially implicate more than 20 Division I programs, according to a report published by NBC News. Programs included are perennial powerhouses such as North Carolina and Kentucky.

While a majority of illegal activity involving recruiting has taken place through off campus mediums including agents and alumni, the NCAA president, Mark Emmert says that he does not think that schools will start paying NCAA athletes.

"I haven't heard any universities say that they want to change amateurism to move into a model where student-athletes are paid by universities and universities are negotiating with agents for their relationships with a school.” Emmert stated. “I would be surprised if the commission came forward with that kind of recommendation.''

Many college athletes believe that they should receive greater compensation, as their programs provide the school with a great amount of revenue, especially in popular Division I sports such as football and basketball.

While many don’t think of race as being a primary issue in this argument, which it shouldn’t be, 52 percent of black respondents in a survey were in favor of athletes getting paid, while only 15 percent were opposed.

Only 27 percent of white respondents surveyed were for the idea and 43 percent against it according to the Huffington Post. The survey results based on assumptions may not be so surprising.

Athletes that are receiving a free college education, on top of free books, and in some cases money for traveling expenses at a per diem rate, should not be receiving gifts or further monetary compensation. Athletes who play at the Division I level are potentially talented enough to one day make a living playing professionally, and for that reason should be content with their current situations.

The drive to compete and to make it to the professional level would drastically decrease if the NCAA was to start paying their athletes, not to mention, schools would be spending astronomical amounts of money to do this.

If these amateur athletes work hard and are talented enough, there is no reason why they should not look forward to a successful career being paid for playing sports once they have put in their time working towards the next level.