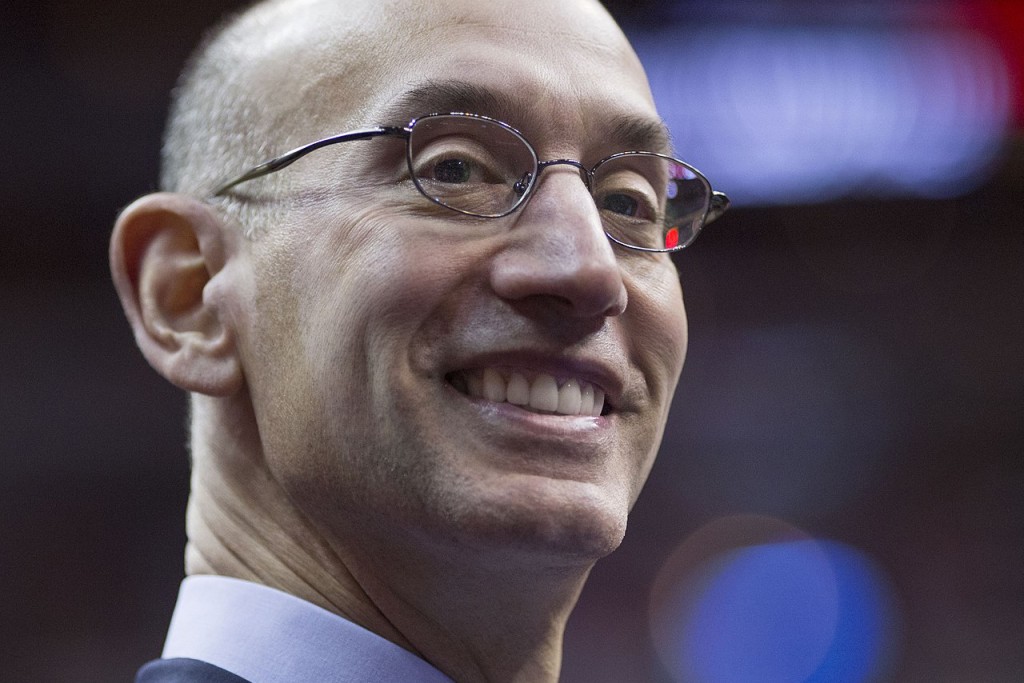 As the FBI investigation into corruption in college basketball has unfolded lately, the NBA is now considering getting involved with elite high school players once again.

The NBA, who hasn’t been involved with high school players in over a decade, is now looking to rekindle the relationship with the teenagers in order to give them a new pathway to the league.

Since 2005, when former NBA commissioner David Stern created an age limit to keep professional scouts out of high school gyms, a player has to be either 19 years old or one year removed from his high school graduation to be drafted.

Adam Silver, the current NBA commissioner, is looking to come up with a plan that not only helps develop skills on and off the court for the young players but could create alternate paths to the NBA for them as well, according to an ESPN article done by Brian Windhorst.

"We're spending a lot of time on [youth basketball]. I think there is a big opportunity, on a global basis, focus on elite players in terms of better training, better fitness, so that they ultimately can be successful at the highest level," Silver said during All-Star Weekend. "That is something from a league standpoint, together with our teams, we're putting an enormous amount of energy and resources into."

More and more prospects are following the paths of NBA players like Brandon Jennings and Emmanuel Mudiay and playing overseas because of the money to be made. Players have been earning hundreds of thousands of dollars in countries like France, China and Australia whereas the maximum you can earn in the NBA’s developmental league is $27,000.

While players can earn two-way contracts in the G League, a contract where a player spends time with both the professional and developmental team, these contracts are not player friendly.

The previous developmental league, the D-League, didn’t have two-way contracts and it allowed players to be called up and signed by any of the 30 teams whereas the two-way contracts tie you down to one team and they control where you play and how much you play.

These contracts limit the players’ opportunities because if it does not work out with one team they can’t tryout or workout for another team, forcing them to stay put in a situation they don’t like.NBA superstar LeBron James and former President Barack Obama have come out the

last few days calling for the NBA to expand the options college players have. James, like Kobe Bryant and Kevin Garnett, came to the NBA right after highschool and has found profound success.

With the NBA’s one-and-done rule clearly not working, some of the ideas that the league is looking at includes doing away with the age limit completely, creating basketball academies like they have overseas and expanding the G League to deter players from going overseas.

With no ideas imminent as of yet, it is clear with the amount of unhappy college players and the huge corruption scandal that the NBA needs to step in and help these young players. Look for the commissioners plan to be released in the upcoming months that will change youth basketball for years to come.