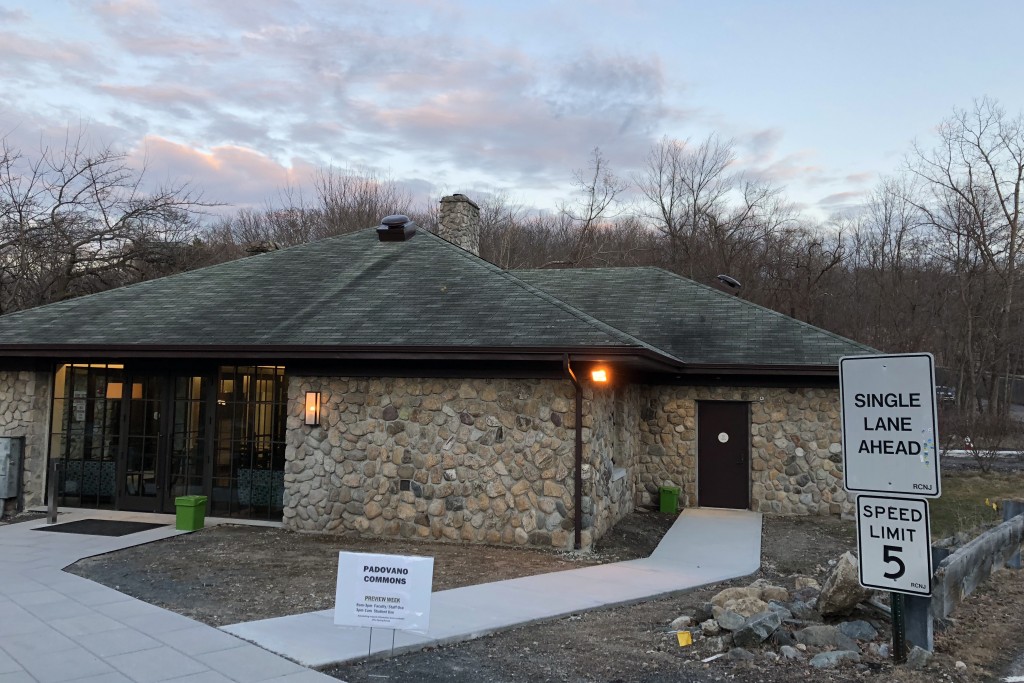 Nestled between Birch Tree Inn and Kameron Pond, Ramapo’s old printing shop, with the help from Professor Anthony Padovano, has been converted into Padovano Commons, a modern space for students and faculty to sit and relax.

Currently, Padovano Commons is opened for a trial basis, but it will be fully operational after spring break. Monday through Thursday it is open from 8 a.m. until 3 p.m. for faculty and staff, and from 3 p.m. until 1 a.m. for student use, but closed on weekends.

Workers asked students visiting Padovano Commons during its trial period why they have come in or how they intend to use it in the future.  A majority of the students answered that they will use it for studying while others want to turn it into a nice and enjoyable lounge where they can have fun with their friends.

According to a Center for Student Involvement employee, Rebecca Foster, a sophomore Environmental Studies major, the space is meant to be a place for programs, Open Mic Night and studying.

In Fall 2018, a café is going to be opened to provide food and drinks for those studying and hanging out with their friends.

Currently, there is no definitive program schedule or café menu, but more information will be determined and released to the student body and faculty after spring break when the commons is officially open.

“Even though it is a nice space, I think the money could have been allocated to other places,” said Ramapo junior and business administration major, Will Sperduto. “I really do not think it will be used enough for it to be worth the money put into it.”