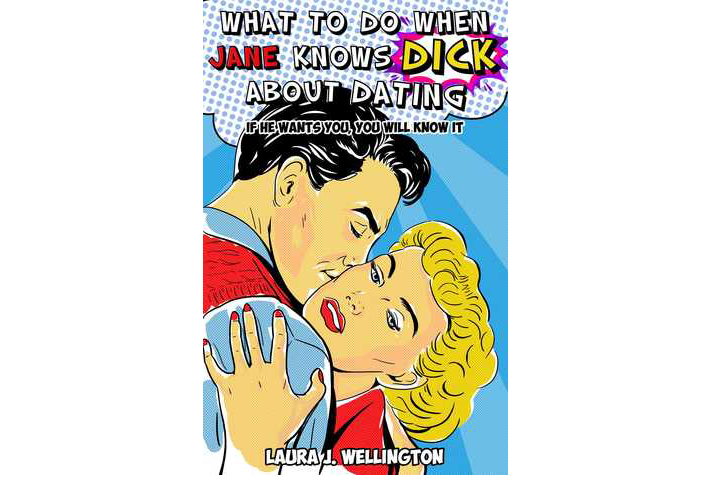 Ramapo College alumna Laura J. Wellington is currently traveling across the country promoting her new book titled, “What to Do When Jane Knows DICK About Dating.” This entertaining advice book is filled with guidelines to help women of all ages navigate the new dating landscape.

In an interview with the Ramapo News, Wellington discussed how she stumbled upon inspiration for her second book along with some important tips for young writers.

Wellington is no stranger to the entertainment industry, after writing storylines for the children’s television show “The Wumblers” and currently writing full-time for her blog Thread MB, where she interviews mothers and influencers about everything from health concerns to larger social issues. Similar to her 2012 book titled the “Four Star Diet,” her new release also works to inspire and empower those who read it.

On vacation in Amsterdam, Wellington overheard a disturbing conversation between two young women discussing a bizarre date. She said, “They turned to me, and coaxed me into their conversation, so I gave them advice that I would have given my own daughters.”

By the conclusion of their conversation, the two women encouraged Wellington to write a book. She originally walked away from the conversation doubting the prospect, but upon arrival to the United States she approached a book publisher with the idea for a dating guidebook.

She explained, “If I was going to do it, I wanted to do it in an interesting way. I wanted to do something that was really helpful, and really entertaining.” Incorporating Dick and Jane into the title is a nostalgic nod to the fun and easy writing style of the children’s book series.

Signed to a fast-paced six-month book deal, she only had a total of five weeks to write the book. Wellington expedited her writing process by drafting each of her chapter topics upfront, all which reflect themes of self-worth, respect, individuality and the reality of double standards.

“What I love is it’s really speaking to so many different types of women, but especially young women that are dating, who are a bit confused about dating,” said Wellington. “There’s so much to learn and so much that you need to know along the way, not only to make good decisions, but to protect yourself.”

As for young writers who are just starting out, Wellington suggests they should write about what they’re most passionate about because that will produce writing that is rich in both enthusiasm and expertise. She also encourages writers to interpret rejection as a force of encouragement rather than a source of discouragement.

“Keep cultivating life experiences so you have more and more to write about,” said Wellington. “If you’re going to become a better writer, you can’t just sit home and write, you actually have to go outdoors and live. Live, live, live and then your writing will only improve.”

In the near future, Wellington plans to write a children’s book as well as continue discussing her new book in interviews on talk shows and college campuses. “What to Do When Jane Knows DICK About Dating” can be purchased through sellers like Barnes & Noble, Amazon and Target.