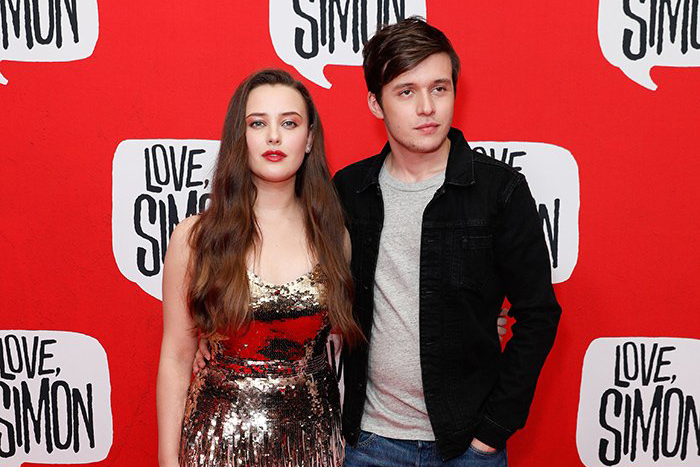 This major motion picture is not only a great addition to the LGBT film canon, but important for the teen movie genre overall as it skillfully blends mystery with a romantic comedy we haven’t seen before.

Adapted from the novel by Becky Albertalli, the story revolves around a high school senior named Simon Spier (Nick Robinson) who swears he is just like everybody else except he’s been keeping a secret. His secret does not only involve being gay, but that he’s been exchanging anonymous emails with another gay classmate from his school.

After accidentally leaving the emails on a school computer, a nerdy blackmailer approaches Simon in hopes of arranging a few dates with one of Simon’s friends. If Simon doesn’t deliver on his promise, then his blackmailer will release screenshots of his emails via social media.

What follows is an extremely stressful few months as Simon slyly manipulates his friends to protect his secret, while adamantly trying to uncover the identity of his online pen pal.

“Love, Simon” is considered to be a very important movie for the developing millennial generation. GLAAD’s (Gay and Lesbian Alliance Against Defamation) 2017 “Accelerating Acceptance” report revealed that 20 percent of millennials are likely to openly identify as LGBT. A movie like “Love, Simon” is speaking to a demographic that has not received much exposure in film and pop culture.

Many gay characters in previous roles are characterized by flamboyant behavior and a stylish wardrobe, but Simon is the exact opposite of those two-dimensional characters.

He may identify as gay, but he is certainly not defined by his sexuality. Simon is part of his school’s theater production, enjoys his music on vinyl and genuinely enjoys spending time with his parents and little sister.

The movie also addresses an issue that crosses every gay person’s mind at some point or another: why do I have to come out as gay, or rather why is heterosexuality humanity’s default setting? One scene departs from the linear narrative to comically show Simon’s friends coming out to their parents as straight. Moments like these show how “Love, Simon” is trying to challenge social norms.

The casting in the movie was extremely well done; Simon’s friend group is diverse and incredibly charming with appearances from Katherine Langford (“Thirteen Reasons Why”) and Jorge Lendeborg Jr. (“Spider-Man: Homecoming”). Jennifer Garner and Josh Duhamel play the role of young parents extremely well, Gardner being the health conscious mom and Duhamel as the dad equipped with silly one-liners.

The soundtrack for this movie was incredibly hyped, featuring songs from a handful of different artists like the 1975, Bleachers, Khalid and Whitney Houston. The selected songs from these artists create a movie playlist that is both eclectic and timeless.

Anyone who goes to see this movie is bound to relate to Simon in some way, but the movie will definitely hit home for those who have faced similar issues regarding their LGBT identities. "Love, Simon" well exceeded all expectations because of its comically relatable and accurate portrayals of gay teenhood.