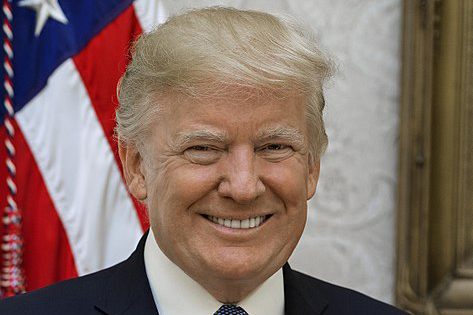 Around 60,000 people overdosed last year compared to 20,000 in 2002 according to the NDIA, infiltrating communities and making opioids the number one drug problem across the nation. Trump raged on saying, “The ultimate penalty has to be the death penalty. Maybe our country isn’t ready for that, it’s possible, it’s possible.”

This comment has become rather controversial with opposition stating its too harsh on drug dealers. However, it should come as no surprise to hear the president fire off another controversial comment, especially on a highly-debated topic like drug laws.

The war on drugs was declared by President Richard Nixon in 1971. And since then the war on drugs has been a roller coaster-like ride leading to arrests and overdoses increasing dramatically despite government intervention. Implementing more regulations has proved inefficient.

Addiction on college campuses is a factor unlike any other. Students take pills, like Adderall to keep focused for their huge test or paper, sometimes leading to addiction. The average age of opioid abuse in 2017 is 18-25. Around 12 percent of kids have admitted to abusing opioids resulting in four times the overdose rate in a 15 year period.

No one has a plan to stop it, because there’s no stopping human nature and free will. Kids pursue happiness by feeding into the culture promulgated by their icons who rap about drug use, facilitating nonsense that these drugs make them popular.

Making drugs illegal doesn’t stop drug dealers, it created markets instead. It doesn’t stop drug addicts – just consider that drugs are now killing more people than ever. Legislation is not the response to everything. Sometimes personal responsibility is an outlier in discussing drug abuse.

There needs to be a focus on morality and how family structure is more powerful than any law. Structuring children, showing them how drug addiction is capable of ruining lives and relationships is going to shape minds far more than legislation. This federal government can’t do everything, the citizens need to.

Capital punishment laws have not proven to be a deterrent for drug dealers in other countries. In China, they have some of the strictest drug laws in the world; in the period from 2000 to 2012 they have seen a huge increase of drug trafficking according to the UNODC. It’s not outlandish to suggest sentencing criminal traffickers to capital punishment, however, the statistics prove it is ineffective.

The drug crisis is destroying America and people need to be held accountable with laws already on the books. Implementing more policies won't stop drug dealers whatsoever. Using capital punishment is not a convincing deterrent for many criminals, because they realize the consequences and disregard them.

It’s admirable President Trump wants to crack down harder considering the damage opioids are doing, but this is likely going nowhere legislatively. If this strategy was efficient, it’d be smart to do.

There is not much evidence capital punishment in prosecution of drug-induced homicide is deterrent legislation.