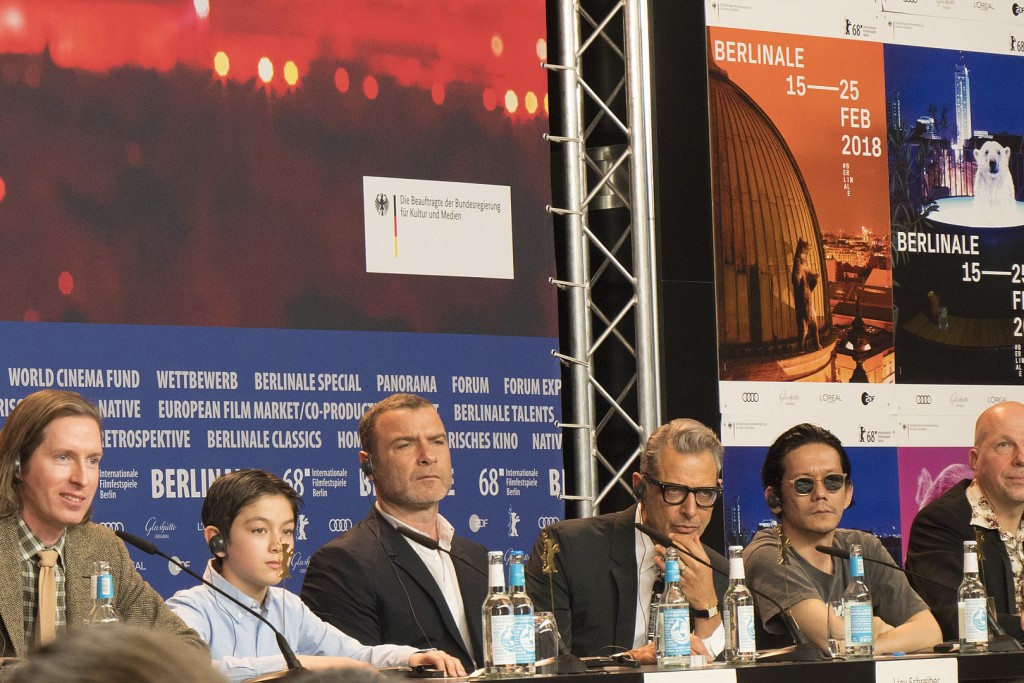 The idea of Wes Anderson making an animated family film is a bit odd. Granted, the director's visual style, from his love of long takes and wide frames to his painterly aesthetic, seems almost tailored made towards animation.

Audiences were already exposed to this truth with his other animated film, "The Fantastic Mr. Fox."

Yet unlike that film, which felt like a more prototypical Wes Anderson movie outside of its animation, "Isle of Dogs" sets out to tell a tale much more in line with traditional family-oriented animated comedies.

Taking place in an alternate history version of Showa-era Japan, the government decided to rid themselves of their canine population in the wake of a dog flu that has the potential to cross-over into the human populace of the nation.

Rather than euthanizing them however, the dogs were exiled to an offshore garbage atoll that comes to be known as Trash Island, with Megasaki’s mayor willing deporting his own dog, Spots, as a sign of good faith.

This doesn’t bode well for the mayor’s ward, 12-year old Atari, who travels to Trash Island to find his canine companion, meeting a motley crew of self-labeled alpha dogs who end up being the film’s principal characters. What follows is a quick series of chase and escape set pieces where celebrity-voiced animal characters and precarious children triumph over blundering adults, as expected in the genre.

With such a description in mind, you would be forgiven in believing in Anderson’s talents, from his slow, deliberate pace to his love of long conversations, wouldn’t do such a film justice. Yet despite all of this, "Isle of Dogs" somehow beats the odds against it.

Aesthetically, the film is just a marvel. Using the same detailed stop-motion animation technique as in "Mr. Fox," Anderson has crafted a strange setting with trash-island as his meticulously ordered compositions render to the audience a chaotic place of garbage and decay; with the obvious warring dissonance between the two, in the vein of Hegel, synthesizing into great beauty.

On the character side, Anderson is able to make his tendency of character detachment until a gut-wrenching midpoint opens the film up to sincerely work through two methods.

One, he finds a way to make the various character moments that come later in the movie clearly set up in the more detached first half. Two, by making the dogs English-speakers while keeping most of the human characters speaking un-subtitled Japanese, gives the audience a clear focal point on which characters to get emotionally invested in via auditory senses.

The latter method however, does introduce some problems that might prove offensive to some. It necessarily alienates the Japanese characters from the audience, ostracizing them in a movie ostensibly featuring their culture and heritage. In a film featuring many homages to Japanese culture and filmmakers in particular, such as Miyazaki and Kurosawa, the alienation of the Japanese characters can come off as appropriating elements of Anderson’s fancies while excising the rest of the culture.

Yet given the film Anderson set out to make, the issues endemic to the device are almost unavoidable and there doesn’t seem to be any deliberate ill-intent behind why Anderson tends to treat everyone as a homunculus of what they’re supposed to be.

That is not belittle those who take offense; regardless, “Isle of Dogs,” while occasionally awkward and problematic, manages to tell an enriching emotional tale, pun-entirely intended.