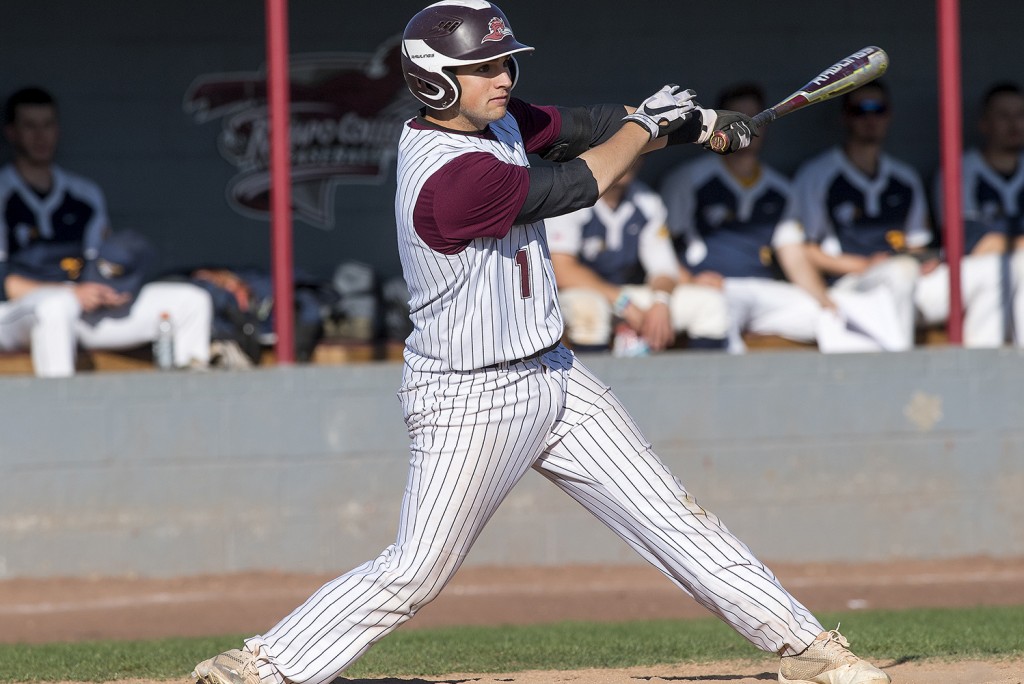 The Roadrunners rounded out the weekend with a non-conference split against Ursinus College.

They won the first half of the double header 5-1 behind the big arm of Cory Heitler who improved his overall record to 4-0 on the season. Heitler fanned 15 while flirting with the single game strikeout record of 16, all while going the distance in the 7-inning game.

Despite a 13-strikeout performance by senior Jerry D’Andrea, the Roadrunners dropped the second game of the double header 2-0.

“Sometimes the ball just doesn’t roll your way, I know this team will bounce back”, said Jerry after the game.

Heitler and D’Andrea each went the distance being the only two Roadrunners to take the mound on the weekend.

The team quickly bounced back with an offensive explosion against Western Connecticut State. The roadrunners put up 12 runs in a 12-10 victory behind Kevin Stewart who improved his record to 3-0 on the year.

Kevin Foulds slammed the door shut on Western Connecticut State, closing out the game and notching his 5th save of the year.

“We spent a lot of time together this weekend practicing and playing. I think it was important for us to fail in order to come closer as a unit before conference play begins.” Junior catcher, Nick Camilleri had this to say about the teams 2-1 stretch. “The captains have done an unbelievable job creating a team-loving atmosphere. I’m excited for challenges to come that I will face with my brothers. Don’t let the birds get hot!”