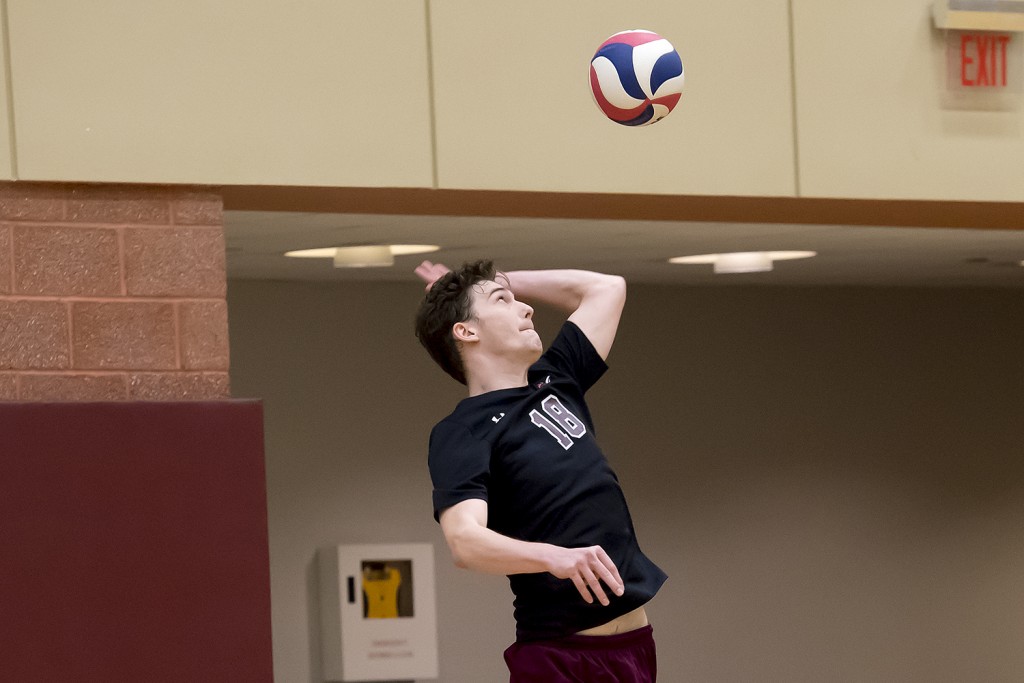 The Ramapo College men's volleyball team managed to win one of two games this past Saturday night as the team hosted matches against New Jersey City University and the No. 10 ranked team, New York University.

The Roadrunners fought hard against both teams but in the end were only able to pull off a win against the Gothic Knights of New Jersey City University.

Despite holding an average record this season, the Roadrunners looked flawless against the Gothic Knights as the team was able to record a 3-0 sweep (25-16, 25-13, 25-17) led by star Senior, Garrett Fitzsimmons.

Fitzsimmons had a spectacular night finishing the game going 11-22 on kills on the Gothic Knights. Freshmen, Eric Van Thuyne also had himself a great game, posting ten kills in the win.

An avid fan of the team, William Sperduto, was excited to see the team finally hit their stride this season.

“The team looked the best they did all season. Hopefully they can find a way to replicate the success they found in this game.” Sperduto stated.

Following the first game, the NJCU Gothic Knights then took on the NYU Bobcats.

Alex Li of the Bobcats played a huge part in the victory, collecting 16 kills for his team. Teammates Evan Lindley and Brendan Duggan also pulled their weight by recording eight and six kills against the Gothic Knights. And NYU player Matin Bikdeli was able to dish out a stunning 34 assists in the win.

The Bobcats were showing why they deserved their ranking and continued their dominance against our Roadrunner team sweeping our team 3-0 (16-25, 18-25, 27-29). The Roadrunners were led by freshman Van Thuyne who was able to record eight kills while his teammate, Fitzsimmons posted seven of his own in the loss.

The team just couldn’t hold their own against NYU’s best-players, like Li, who ended up leading the Bobcat’s with 12 kills and only recording five errors.

Bobcat players Lindley and Nick Ferraro helped put away the Roadrunner team by recording nine and five kills respectively. Despite having a great first game against the Gothic Knights of NJCU, this Roadrunners team just wasn’t ready to take on a No. 10 ranked team.

The Roadrunners now stand at 7-16 record as of March 28 and as the season comes to a close there isn’t much time to improve upon their overall record.