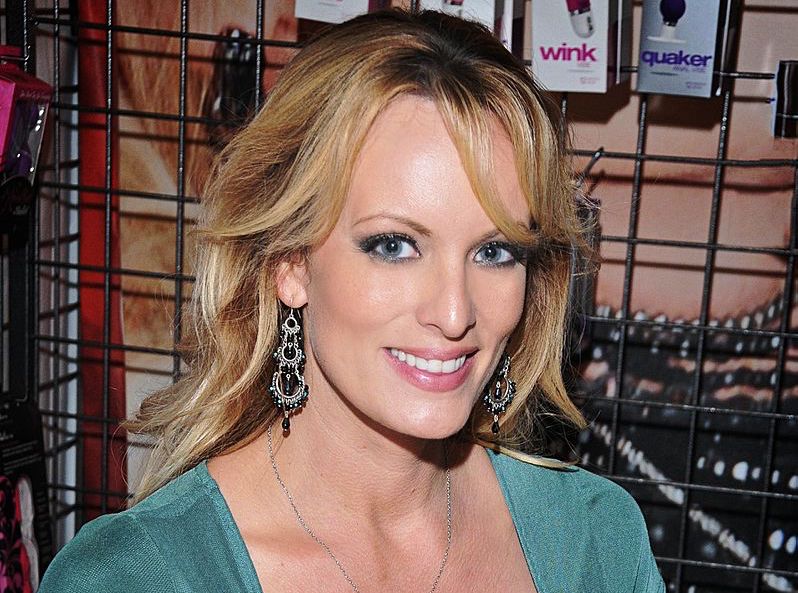 In her much anticipated “60 Minutes” interview, adult film star Stormy Daniels took up nearly half of the program’s episode as many across the nation waited anxiously to hear about her alleged affair with President Donald Trump.

Daniels, whose real name is Stephanie Clifford, spoke with Anderson Cooper on the widely popular television show and not only talked about the alleged sexual relationship with the president, but also the apparent fact that Trump knows Daniels is telling the truth.

When asked why she was talking now she responded by saying, “Because it was very important to me to be able to defend myself.”

Daniels also responded to an earlier report of being threatened physically by a man who told her to keep quiet about Trump as she was trying to sell the story.

“A guy walked up on me and said to me, ‘Leave Trump alone. Forget the story.’ And then he leaned around and looked at my daughter and said, ‘That’s a beautiful little girl. It’d be a shame if something happened to her mom.’ And then he was gone.’”

Daniels alleges that the two met back in July 2006 in Lake Tahoe, Nevada, at a charity golf tournament and that Trump invited her to dinner and back to his hotel room where she alleges they had sexual relations. While Trump and his lawyer deny this information, if true, the relations would have happened four months after the birth of Barron, Trump’s youngest child, according to BBC.com.

Some questions remained unanswered, however, as Cooper asked if she had any video, photographic, email or text message evidence that would corroborate her relationship, where Daniels didn’t have much of an answer and alluded to her lawyer’s advice to keep quiet on that topic.

Other things Daniels spoke about was how the president compared her to his daughter Ivanka, and told her that him and his wife, Melania Trump, slept in separate bedrooms. Trump apparently even offered her a role on his television show “The Apprentice.”

With Daniels’ legal team’s main argument against Trump that he didn’t actually sign the contract and with her suing for her right to tell the story, Daniels and Trump have an interesting suit with a lot at stake.

When it comes to people signing contracts, I firmly believe that you should follow the details and the requirements of said contract. In this case, however, I think Daniels is doing the right thing.

It doesn’t seem as if Trump’s lawyer, Michael Cohen, read her the full details of the contract and that she was forced to sign it. With the added alleged threats to her and her children as well as the president not actually signing his name to it, it doesn’t seem like much of a contract.

Rather, it seems like they rushed to get something done and got her to put pen to paper as fast as she could so that they could hush her before anyone found anything out about the relationship.