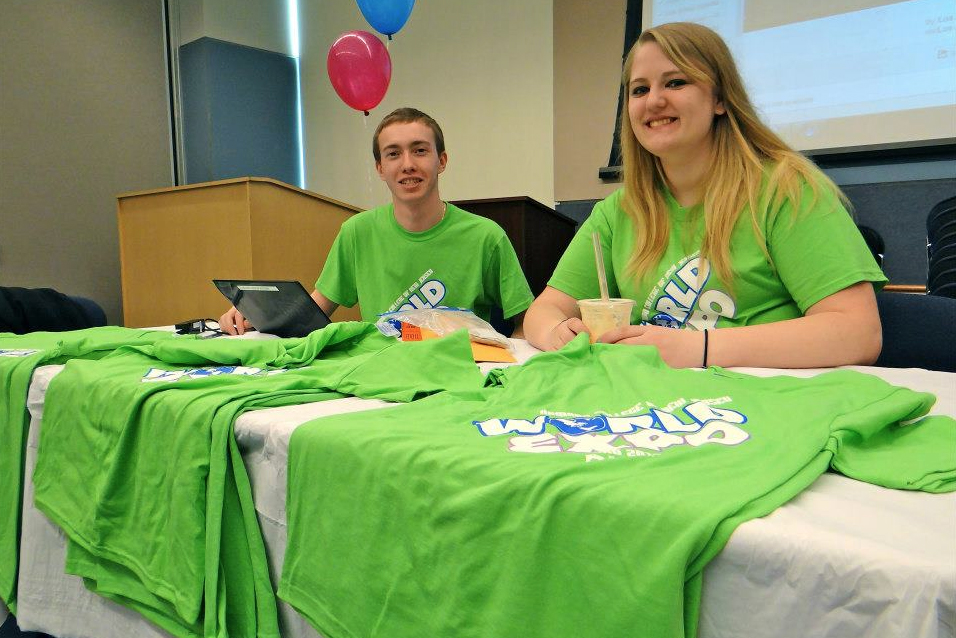 Islamic and Jewish. Black and white and students from different cultures, religions and ethnicities came together to celebrate and learn more about global competence last Wednesday at The World Expo Global Fair in Friends Hall.

Different clubs and off-campus organizations were present at the event, offering workshops and various opportunities for students to get better in touch with different cultures under the umbrella of the term "global competence."

The term global competence refers to an understanding and acquisition of international knowledge and issues. Globally competent individuals tend to have a better appreciation for cultural differences and a better understanding of the multitude of perspectives scattered throughout the world.

Promoting this lifestyle of international studies and global competence was the Director of International Education at Ramapo, Ben Levy.

“We’re happy to make this our sixth year doing this event,” said Levy. “We’re here to help students find ways to get in touch with cultural diversity and the multitude of ways in which that can be done."

“Becoming more culturally and internationally aware isn’t limited to studying abroad and we want to show students the many other ways you can go about achieving this,” Levy said.

The event lived up to its reputation, offering diverse perspectives on global competence, ranging from the Women’s Center educating students on LGBTQ+ awareness throughout the world to a full-fledged mariachi band that played authentic Mexican music in the middle of the venue.

While many different perspectives were shared on how to enrich your global competence, many at the event agreed that studying abroad was one of the most rewarding. Two groups in particular were there promoting studying abroad, one group being Ramapo College’s Student Government Association, who was promoting their faculty-led trip to Ghana.

Representing the SGA at the event was freshman Max Koestler, who was able to take the trip to Ghana earlier this year.

“It wasn’t what I expected at all, most people expect a third-world country, but it was a beautiful experience,” said Koestler. “My favorite times were bartering for items in the market; the currency there is ‘cedi’ and the people there would raise the prices because they knew you were from America. So it was important to get good at bartering so you weren’t ripped off.”

The trip to Ghana is made to a sister-college in the West African area and the objective of the trip is to expose students to differences in healthcare environments and the cultural implications for healthcare, all while introducing students to African culture, a culture that isn’t often represented in the United States.

The other major organization at the event promoting studying abroad was Start The Adventure Travel, the world's largest student and youth travel company.

The organization has partnered with Ramapo College in the past and not only helps students with the financial side of studying abroad, but helps students get over anxiety on travelling to new locations. Representing STA was Amanda Batista, who explained that even after visiting 40 different countries she still gets anxious when she has to travel somewhere.

“I tell students all the time, especially ones nervous about their first time studying abroad that you just gotta do it,” Batista stated. “Sometimes it’s the things that makes us the most nervous in life that feel the most rewarding after we conquer them, and travelling to another country is at the top of that list.”