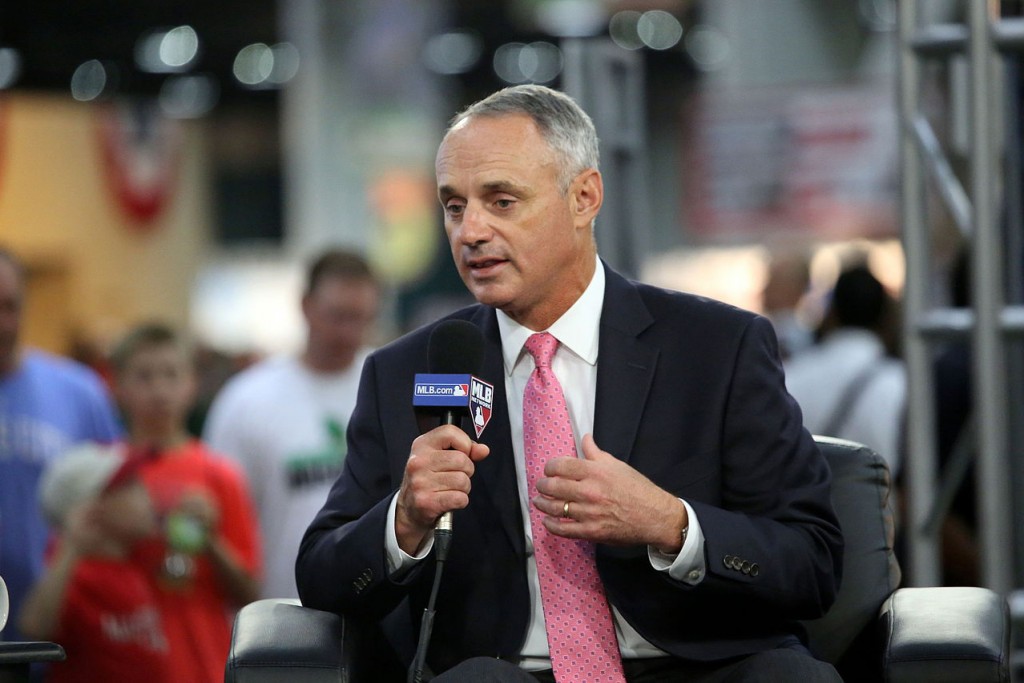 The leisurely pace of America’s pastime that many have become so accustomed to since its inception will look to be accelerated this season, as Major League Baseball Commissioner Rob Manfred announced back in February that there would be a series of rule changes that would aim to speed up the pace of play during games.

The Major League Baseball Players Association, as well as all 30 teams, were consulted on the matter, according to MLB.com. The most notable rule change in the eyes of many is that mound visits, the occurrence of a player, coach, or manager at the pitcher’s mound during a game to go over strategy or even health concerns, will be limited to only six visits per every nine inning game, with an additional visit tacked on to every extra inning played.

With 25 seconds remaining in the break, the pitcher must now complete his last warm-up pitch. The pitcher is no longer guaranteed his eight warm-up tosses, but is allowed to take as many as he wants during the time leading up to the 20 second warning.

Many players have mixed emotions about these new rule changes. MLBPA executive Tony Clark stated, "Players were involved in the pace of game discussion from Day one, and are committed to playing a crisp and exciting brand of baseball for the fans, but they remain concerned about rule changes that could alter the outcome of games and the fabric of the game itself — now or in the future."

Baseball is a game that requires a great deal of thought in between each and every pitch. In a way, the game could be compared to a chess match, as each move made has a direct impact on the game in one way or another. Due to this nature of the game, time to recollect oneself and to think before acting is necessary.

Less frequent mound visits could adversely affect communication between the pitcher, catcher, and manager, resulting in more mistakes. Less time for pitchers to warm up could lead to greater risk of injury, as players may not be as loose as they should be.

While it is understandable that some would prefer baseball games to take up less time, many feel that the way time seems to be a non-factor and disappear while watching is something that is most enjoyable about watching or playing a game.

Why fix something if it isn’t broken? The frequent mound visits, timeouts, and warm-up tosses between innings are what make baseball the pastime that we have always loved.