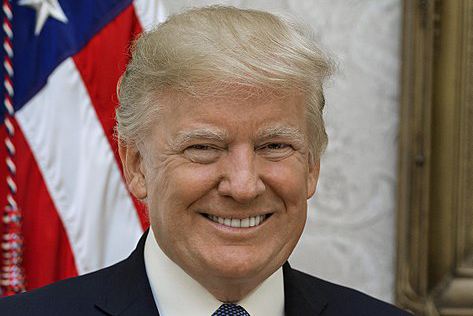 The Commerce Department of the Trump administration stated last week that the question of citizenship status is going to be implemented into the 2020 census to draw a more accurate number of each district in the United States. This has set off a tirade of complaints, threats and backlash from the usual adversaries of President Trump.

His administration claims this is needed to better enforce the Voting Rights Act and protect voters in their district. This question has appeared in many censuses since 1850, and was rescinded in others after 1960.

Many countries including the United Kingdom and Australia incorporate a question of citizenship status in their censuses and is fairly common. The Secretary of Commerce, Wilbur Ross, claims this is a way to gain a precise number of citizens, illegal and legal. His opponents reiterate this isn’t only going to deter people from checking off the question, but was cultivated to undercount illegal immigrants.

A census is a form sent out every 10 years to count everyone in the country. Each state needs an accurate count of how many citizens live in each state to determine how many seats are needed to represent the House of Representatives. It’s also used to distribute billions of federal funds to local communities according to the United States Census Bureau. In states like California, which consist of two million illegal immigrants, there needs to be an accurate count of how many people live in the U.S. legally to receive funding and accurate amounts of representatives for them.

In the U.S. census, there’s questions about religion, ethnicity, gender, age, etc., all of which are acceptable to the public. The census is an accurate headcount for all of these different groups. So why is asking if they are a citizen of the United States so offensive? Why is the left in a stir over this?

The left panders to the illegal immigrant community consistently and they know their vote is a given. They also lose out on funding for the millions of undocumented in their state.

Rather than purveying an ounce of intellectual honesty, it's easier to slander someone a racist than admit to why they want the question off of the census. Illegal immigrants are free votes for the political left, yet they refuse to denounce it because it benefits them.

If you aren’t a legal citizen of any country, you shouldn’t get to benefit from their government programs or vote in their elections. This question should be added on every census to ensure every citizen is represented and to deter illegal immigrants from obtaining rights as citizens of the United States of America.