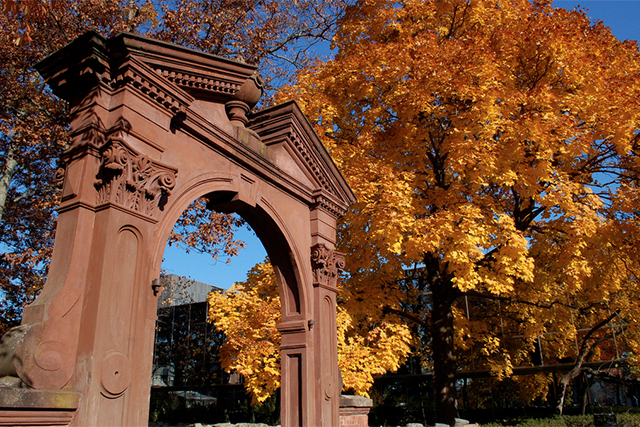 A mentor is a common trope in television, media and literature. From Jack Donaghy to Albus Dumbledore, archetypes are often essential to the protagonist’s development in character. The mentor archetype, however, transcends fiction. Mentors exist in reality, and can play fundamental roles in a person’s success and personal growth.

Ramapo’s Project L.E.A.D. Leadership Series featured a presentation on mentoring last Thursday. The presentation, entitled “Making Moves with Mentoring,” took students through the basics of mentoring and taught them the importance of having a mentor through interactive activities and discussions.

He then had all the attendees break off into pairs to list what qualities they feel a mentor should possess. Students came up with various traits, with traits like resourcefulness and networking abilities showing up in multiple groups.

Robinson-McCray then spoke on the three different types of mentors: formal, informal and professional. Robinson-McCray first discussed formal mentors, explaining that they are “short-term” mentors that have “measurable outcomes and objectives.” She stated that relationships with these mentors are structured and strategic, lasting for only a specific amount of time.

Robinson-McCray then spoke on informal mentors, stating that these mentorships occur “organically” through “emotional connections” and “shared commonalities.”

In another activity, students gathered examples of mentors, whether it be in their everyday lives or in popular culture. Sophomore Katherine Gomez used Hugh Jackman’s role in “The Fountain,” as an illustration of mentorship.

“He was determined, selfless and very creative in his thinking,” she said.

Nesmith then discussed what is required for mentorships to be successful. Nesmith explained that a mentor has to be invested in the mentee and that balance needs to exist.

“It’s a continuous relationship,” said Nesmith, “It needs to be reciprocal.” She stated that a mentee’s willingness to communicate with their mentor is just as vital as a mentor’s willingness to help.

Both Nesmith and Robinson-McCray emphasized the importance of authenticity from a mentee. They explained that a mentee needs to be open to the relationship and portray themselves in an honest way.

“If you feel like you have to fake a persona with your mentor, maybe that mentor isn’t for you,” said Robinson-McCray.

Robinson-McCray also stressed the importance of utilizing campus resources, explaining that Ramapo’s faculty have the potential to serve as valuable mentors. She stated that talking to these people could potentially lead to opportunities such as internships and possible jobs.

“Don’t be afraid to tell people what you want and need,” said Robinson-McCray.

Mentorships are more than fictional plot devices; they are integral components to the prosperity and achievements of many individuals. They offer guidance and resources to help their mentees be the best versions of themselves and get on the path to success. Robinson-McCray likened it to sports, stating, “Every good team needs a coach.”