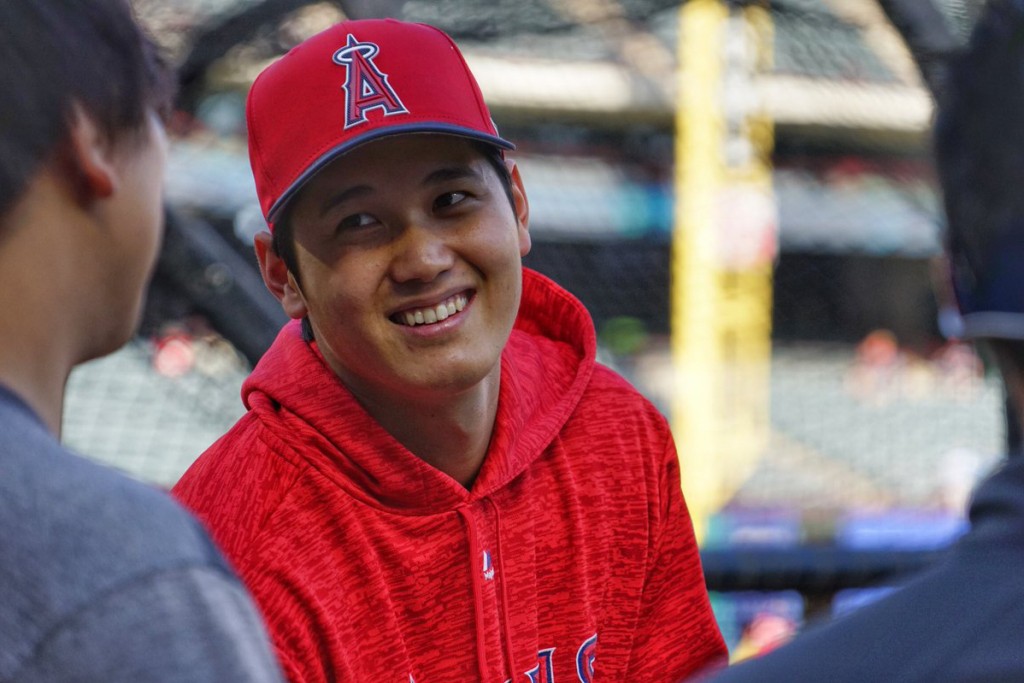 After posting a 27.00 ERA in just a couple of starts, and batting .125 in spring training, there was serious doubt if the Babe Ruth of Japanese Baseball, Shohei Ohtani was ready for the majors.

But that may have just been all part of the show.

Ohtani was the most sought after free agent this past off-season, after the two-way star was posted, and granted to pursue a career in MLB.

Surprising the world, Ohtani chose to sign with the Los Angeles Angels, after it was rumored that he did not want to sign on with a team in a major market.

In just two starts in this young season, both against the Oakland Athletics, Ohtani is 2-0, with a 2.08 ERA, and has struck out 18 batters in just 13 innings. He also has a .368 batting average, including three home runs and seven RBIs.

This past week, days after recording his first victory, Ohtani showcased his power homering in three straight games, including in his first at bat at Angels Stadium.

After Sunday’s latest showcase, that featured the Japanese star retiring the first 19 batters he faced, Ohtani has now drawn Babe Ruth-like comparisons, as the only two-way players to star in both pitching and hitting.

Ruth was a star both on the mound and in the batter’s box as a member of the Boston Red Sox. Before being dealt to the Yankees, and laying a curse on Boston, many assumed Ruth could get into the Hall-of-Fame as a pitcher with the Red Sox.

Ohtani joins a small class that features Babe Ruth and Ken Brett, as the only players in the history of the majors to record double digit strikeouts, and belt home runs in three consecutive contests.

“It’s a rare kind of talent to do it both ways, and it’s great to watch. It didn’t look like the A’s [Athletics] had a chance up there, the way he was throwing,” said Angels’ third baseman Zack Cozart. Cozart then went on to add, “People thought he should be in the minor leagues, apparently, to start the year.”

Martin Maldonado, who was the catcher on Sunday, may have said it best about Ohtani: “He never looks like he’s out of place. He looks like a hitter when he’s batting and looks like a pitcher when he’s pitching. It’s impressive. We haven’t seen that before,” said Maldonado post-game.

Ohtani, has also surprised himself based on his early success, but he also understands this season may not all be smooth sailing.

“Especially with how my spring training went, I wasn’t really imagining being this good at this spot. I feel better every day. It’s just the first week. Everything went well. There’s going to be a wall somewhere. Once I hit that wall, that’s when I need to start working harder and figure out what I need to do to get past it,” said Ohtani post-game through an interpreter.

The Angels phenom is off to a historic start, but it’s still early on in the season, and Ohtani has only faced one ball club in his first two starts. It’s a small sample size to go with, but the baseball world has taken notice.