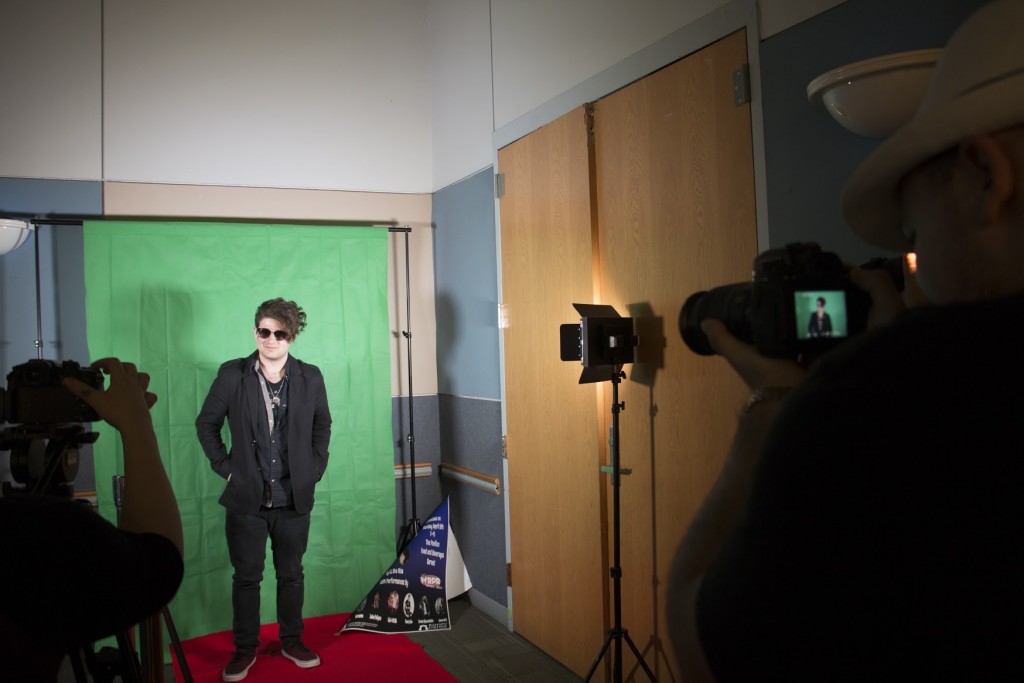 Sylvester Watkins, president of the Film and Music Production Club, welcomed each performer to the stage and introduced them with questions about how they became involved with music. Following each performance, She Rise Watkins invited each artist to the event’s red carpet area to ask more questions and allow each performer to pose for photographs.

“Everybody has or is in the works of having their own EP, putting some stuff out, so we wanted to give them a chance to actually be able to showcase longer than an open mic,” said Watkins. “Everybody is here to be able to use their creativity. They have a goal so we want to recognize them as they’re striving to get to that goal.”

Student performers took the stage to showcase a variety of different genres from acoustic rock to hip-hop. Tony Lio opened the showcase with a few songs from his first EP "Project Chronicle" and a couple songs he wrote recently.

Student rappers Omiette and Irate Specialist took the stage later in the evening, energizing the crowd with upbeat songs about money, relationships and hanging out with friends. Gini-Mob's set was a mix of rap and soulful R&B that touched upon love and the fun of being in an Italian family as well as the struggles that come along with identity.

Empty Matrix was the final artist of the night, performing songs from her recently released album "Centipede." Inspired by southern rappers like Juicy J and 90s eastern rap, Empty Matrix's music is full of influences old and new.

In the future, the club hopes to establish the showcase as an annual event, and bring a headlining performer or a figure from the music industry to their event.

He continued, “Everybody’s focus was great, but it wasn’t really about making a full length feature film, so that’s what we wanted to do. We wanted to really focus on making the film and then doing the soundtrack.”

Any students interested in starring in film projects or creating music scores can attend the Film and Music Production Club’s meetings on Wednesdays at 5 p.m. in ASB 525.