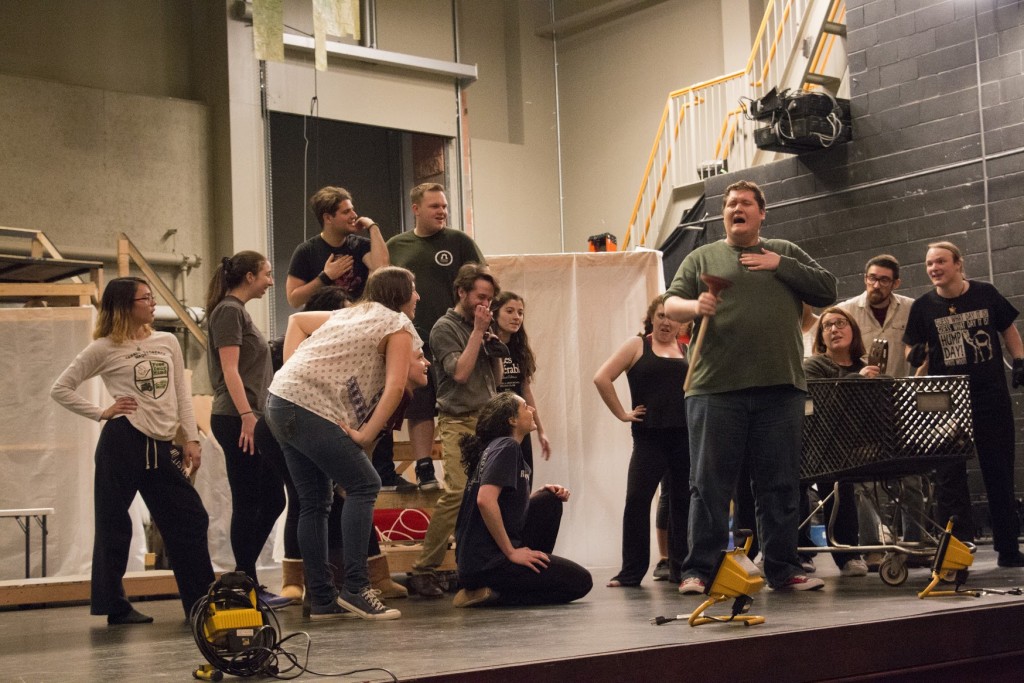 The cast and crew of “Urinetown” are debuting their brilliantly humorous musical this upcoming weekend in the Berrie Center’s Sharp Theater. Originally written by Greg Kotis and Mark Hollman, the upcoming rendition of “Urinetown” is directed by Ramapo alum Joe Kiely.

“Urinetown” is an award winning musical satire rooted in capitalism, municipal politics and social irresponsibility. During a 20-year drought amidst a terrible water shortage, the government decides to ban private toilets.

Everyone in the community must utilize public restrooms controlled by a corrupt company called the UGC or Urine Good Company. The UGC profits by charging citizens to use these public restrooms, until one heroic citizen gathers courage to revolt against the company in hopes of leading their community to freedom.

Josh Switala is thrilled to be returning to the stage for a musical production, and to be playing such a wild character like Hot Blades Harry. “I think we live in such a divided time but this is just a funny, enjoyable show that makes fun of everybody,” said Switala.

In addition to the compelling content and intriguing display of politics, some of the cast and orchestra are assembled on a high riser urban stage setting. During the shows, the immense plastic tarp over the set will be covered in plastic products like water bottles and cans.

Jenna Craig (Little Sally) explained how Urinetown has made her increasingly more aware of the waste that even a small community can produce, after the cast and crew donated their plastic products for the show’s set design.

Craig said, “It definitely makes fun of a lot of various things, but in a light hearted comedic way, but also I think one thing in particular that I’ve taken away from it is because our set uses so many plastic bottles and recyclable items it’s made me think a lot about our use of plastic and how much we use it.”

She added,” For instance, after the show’s over I’m gonna try to stick to using a reusable water bottle. It’s really made me aware of that environmental factor. Especially when we’re all taking in the bottles we use it makes you realize how much you actually use when it’s all up there on stage.”