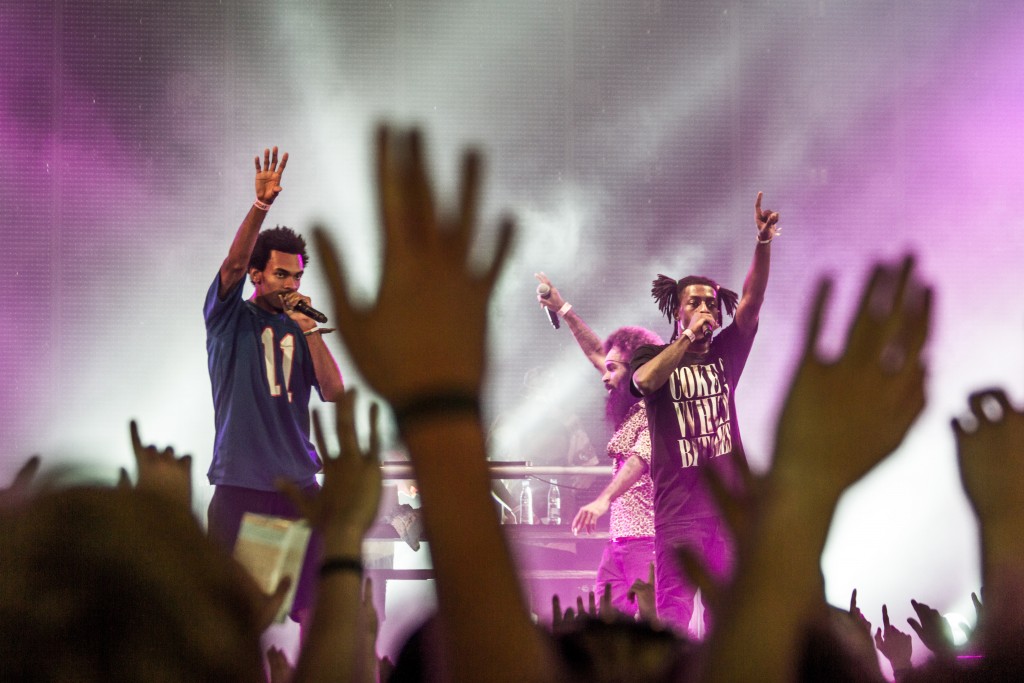 Flatbush Zombies are back with their sophomore album and it is truly a treasure to behold. “Vacation in Hell” dropped April 6 and along with amazing music, it's also accompanied by tons of features including A$AP Twelvyy, Joey Badass, Bun B, Jadakiss, Dave B, Nyck Caution and Denzel Curry.

With this album, the Zombies take another step back from the trip-hop to get reflective with songs about drugs and psychedelics. The songs topics ranged from taking a vacation to paying homage to the friends and inspirations they’ve lost along the way.

As always, these songs were accompanied by amazing instrumentals that sometimes make you feel like you’re on your way to the underworld or move you to close to tears.

“M. Bison” is one of many marvelous songs from this album. Zombie Juice starts off the song with witty lyrics and double entendres that have become his signature on tracks. Yet he also takes time out to get deep about what he's rapping with lyrics like “Will I make it to the pearly gates / Donald Trump he a {explicit} fake / Will we live to see another great.”

Next up on the track is Erick Arc Elliott, the producer for the Flatbush Zombies. Along with an awe-inspiring verse, Arc, as he is commonly referred to, crafts the song’s hook with a braggadocious eight bars about how the Zombies only strive to win. These two artists together with a bumping instrumental truly make this a song you want play again and again.

“Headstone” acts as a brilliant homage to all the artists and songs that have inspired the Zombies over the years. “Literally every bar is either the name of an artist or a song,” said Troy Reyes, Ramapo alumni, 23.

This is 100 percent the case as you can tell by the video they did with Genius, where the band members themselves break down the meaning of the song line by line. “We’re really paying homage to all those people who passed because we wouldn’t have had these rhyme schemes if it weren’t for those people,” explains Meechy Darko one of the most well known members of the group for his low gravelly vocals.

The song is comprised of the Zombies using the titles of songs and albums to string together creatively unique verses that say thanks to many of hip-hop’s finest in a way never done before.

Another unique song on “ViH” is “YouAreMySunshine,” a song by Meech dedicated to A$AP Yams founder of the A$AP Mob. In the song the Meech talks about the influence that Yams had not only A$AP Mob but the whole Beast Coast movement which gave rise to artists such as Joey Bada$$, The Underachievers and The Flatbush Zombies.

The emotion and soft instrumental really make this a powerful song. It hits you straight in the feels whether you are a Yams fan or not.

On “U&I” the Zombies take time to reflect on the brotherhood that was fostered and has grown throughout their journey. Erik and Juice share turns reciting the hook and their respective verses.

However once again Meech shines on this track coming through with a verse that goes on for more than half of the track. The song is incredibly deep yet the chill instrumental helps to a give it a mellow vibe that adds to its replay value.

All in all “Vacation in Hell” is the album that those who love and appreciate real hip-hop will find profoundly enjoyable. From beginning to end, this album is chock full of beautiful instrumentals and fun yet thought provoking lyrics. In this age of mumble rap the lyrical versatility of the Flatbush Zombies is refreshing and a sign that real hip-hop is not dead but it is in fact undead.

“Vacation In Hell” is available on all streaming platforms and a comprehensive breakdown of all the lyrics on the can be found by searching the album on Genius.