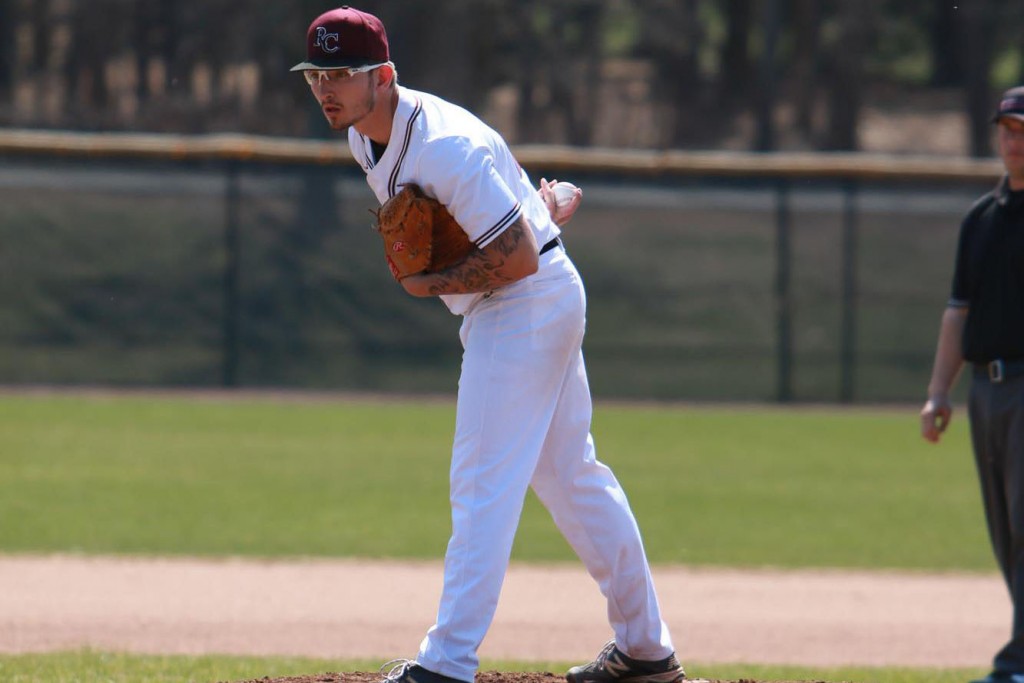 The Ramapo College Roadrunners baseball team brought their conference record to an even 5-5 after a successful weekend. The team won 3 out of their last 4 including a sweep of NJAC leaders, Rutgers Camden.

To start off the weekend, the Roadrunners dropped the first game to New Jersey City University by a score of 6-2. Jon Brignoni took his first loss of the season on the mound. Austin Unlgaub and Ryan MacNaughton each had 2 hits for the Roadrunners, tallying 4 of the teams 8. Vinny Sita blasted his league leading 11th double.

On Friday, after taking a tough conference loss, the Roadrunners traveled to NJCU to round out the series and the offence came alive. Behind the arm of Jerry D’Andrea, they tallied 14 hits and brought across 13 runs. Bobby Shannon went perfect at the plate with a 3 for 3 day. Austin Unglaub and Matt Chemis each had 3 hits as well. Joe Maugeri hit his first homerun of the season and Vinny Sita added to his doubles total by hitting his 12th.

Jerry D’Andrea earned his first conference win bringing his record to 4-3 on the year. He struck out 9 and walked just 2 while scattering 5 hits on the day.

Rutgers-Camden made their way to Ramapo College for a conference doubleheader on a bright and sunny Saturday morning. The Scarlet Raptors were no match for Ramapo’s ace, Cory Heitler as he improved his record to 6-1 on the year after the 2-0 victory. Heitler took a no hit bid into the 8th inning before allowing his first and only hit of the afternoon.

Vinny Sita blasted his second home run of the season in the 2nd, and it would have been enough for the big arm of Heitler, but the Roadrunners added one more in the 4th. Joe Maugeri launched a triple into the gap to then be singled home by Connor Walsh.

Heitler struck out 6 in this complete game shutout.

Game two fell in Ramapo’s favor as well. The red-hot Roadrunners took this one by a score of 4-2 and junior Kevin Stewart earned his 4th win of the year on the mound. Although there was no absence of offence in this one as the Roadrunners notched 13 hits, their runs were produced from small ball.

Bobby Shannon platted Anthony Kuzmenko with a sac fly in the 1st, making it 1-0. In the second, Kuzmenko and Maugeri put down back to back squeeze bunts bringing home Ryan MacNaughton and Matt Chemis to make the game 3-0.

Their 4th run came in the 8th and Kuzmenko drew the attention of the pitcher as he stole from first and stayed in a run down long enough for Unglaub to score from 3rd. 4 runs proved to be enough as Kevin Foulds came in and earned his 6th save of the season.

The Roadrunners look to build on their success as they continue conference play with William Paterson University on Thursday and Friday and they celebrate their senior day, Saturday with a double header against Rutgers Newark.