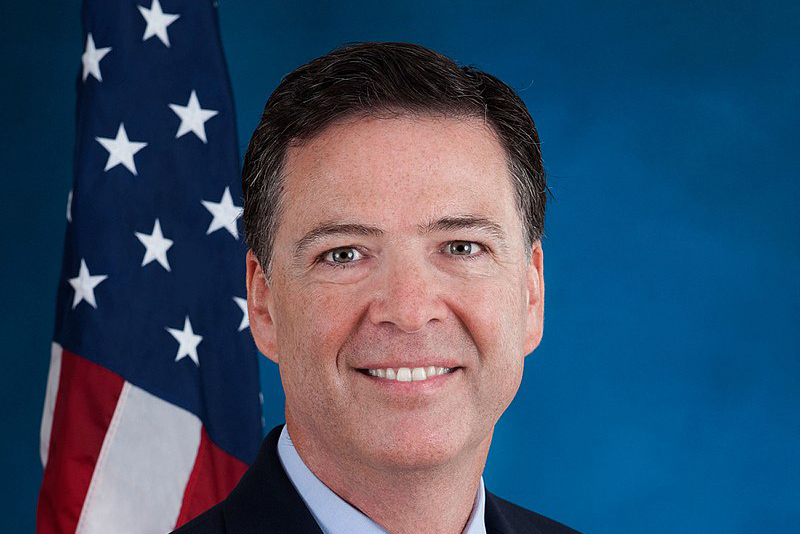 James Comey made his public reappearance on his Sunday night interview with ABC’s George Stephanopoulos to promote his new book, "A Higher Loyalty," and provide firsthand experience of his time as FBI Director.

Comey went into great detail about his childhood, his years as a prosecutor, becoming FBI Director, struggles during the presidential primaries, management of the Clinton email investigation, and his accounts of President Donald Trump.

While Comey’s main objective was to build interest and ultimately sell copies of his book, he utilized his platform to excoriate Trump's political agenda, showing the public who he truly is.

Comey used the interview to bash Trump with little to no evidence to corroborate the stories he vaguely touts and he capitalizes on that lack of knowledge to discredit Trump. When questioned about the famed “Pee Tape,” James Comey retorted, “It's possible, but I don’t know.”

The claims were unsubstantiated and he knows this. To invoke doubt is better television, publicity and will ultimately sell more books. To discredit political adversaries with uncorraborated accusations is low, even for him.

In this interview, Comey portrays himself as a beacon of morality and honesty, pure of political influence. Listening to someone so self-aggrandizing preach to the public about his apolitical governance as acting FBI Director is disgraceful. James Comey understands how influential his actions were to the 2016 election, and so does the public.

Trump's camp labeled him a deep state figure for refusing to prosecute Hillary for her email scandal; Team Hillary claimed he smeared her puritanical status and single handedly cost her the presidency by reopening the email case days before the election. Many on both sides loathe Comey with true reason. He is a political actor incapable of setting his bias aside while running the FBI, and no one is buying this facade.

The FBI is part of the executive branch under the Department of Justice. Trump was well within his authority to fire James Comey and had every right to do so. Political miscreants shouldn’t occupy the FBI, let alone run it.

Their job is to invoke the law and the law only. Politics should have no bearing in regards to prosecution, however Comey revealed his inability to keep his bias at home.

In the interview, he admitted he only reopened the case because he “was operating in a world where Hillary Clinton was going to beat Donald Trump,” and didn’t want her presidency to look “illegitimate."

If he were free of bias, he would have prosecuted Hillary Clinton based off of facts instead of exonerating her before he even interviewed her.

This interview did James Comey no favors with either camp. His overtly political agenda stole the show on Sunday, and shined light on who he truly is.