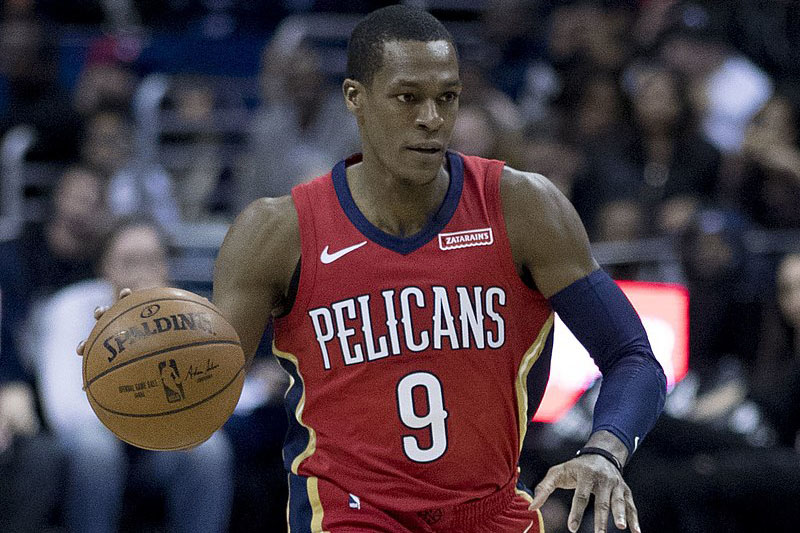 April is a time for spring flowers, heavy showers and playoff basketball. The NBA has been a rollercoaster ride this year with teams like the Houston Rockets beating out the Warriors for the No. 1 seed and teams like the Lebron led Cleveland Cavaliers falling to the No. 4 seed.

The playoffs have somehow, in only the first-round already brought us the same excitement we saw over the season, if not more excitement at this point.

Damian Lillard could not put his money where his mouth was and let his team down once again in the playoffs; as the team got swept by the Pelicans led by center Anthony Davis and point-guard Rajon Rondo.

The Sixers put on a dominating performance against the Heat showcasing their young, promising talent through players like Joel Embiid and first year player Ben Simmons. The East is now blown open with teams like the Celtics losing players to injury and teams like the Cavaliers struggling against 5 seed opponents.

Speaking of the Cavaliers, they look like a ghost of their former selves, struggling against a 5 seed with one of the greatest players on your team. Hot Take: If the Cavaliers lose this series against the Pacers, it might be time for King James to once again pack up and go.

Though the real series to watch in the first round is the Celtics vs. the Bucks. The series has been back and forth with the Celtics winning both home games to only have the Bucks do the same thing.

Players like the Bucks “Greek Freak”, Giannis Antetokounmpo, have been tearing through the Celtic’s secondary. While the Celtics have once again fought back to take a one game lead in the series thanks to players like Jayson Tatum, Jaylen Brown, and Al Horford.

The series is definitely one of the best in the NBA so far and the winner of the series is set to go against a primed Sixers team. The Sixers especially look hard to beat when their young players have already developed chips on their shoulders. In a post-game interviews Simmons talked up the team and did not seem to have any fear for other teams in the Eastern Conference, saying, “We can go as far as we want.”

The East is anyone’s conference this year, but the West is another story. While the Pelicans looked unstoppable in their series against the Trailblazers the two teams looking to take the conference are the Rockets and the Warriors.

The Rockets are playing on another level with stars like James Harden and Chris Paul taking over in games against the Minnesota Timberwolves. Though the current NBA champions and No. 2 seed Golden State Warriors look stop this dominant team and make a repeat trip to the championship.

No matter which way the playoffs go this year, it seems like we might see some fresh new faces in the Finals which is always refreshing to see.