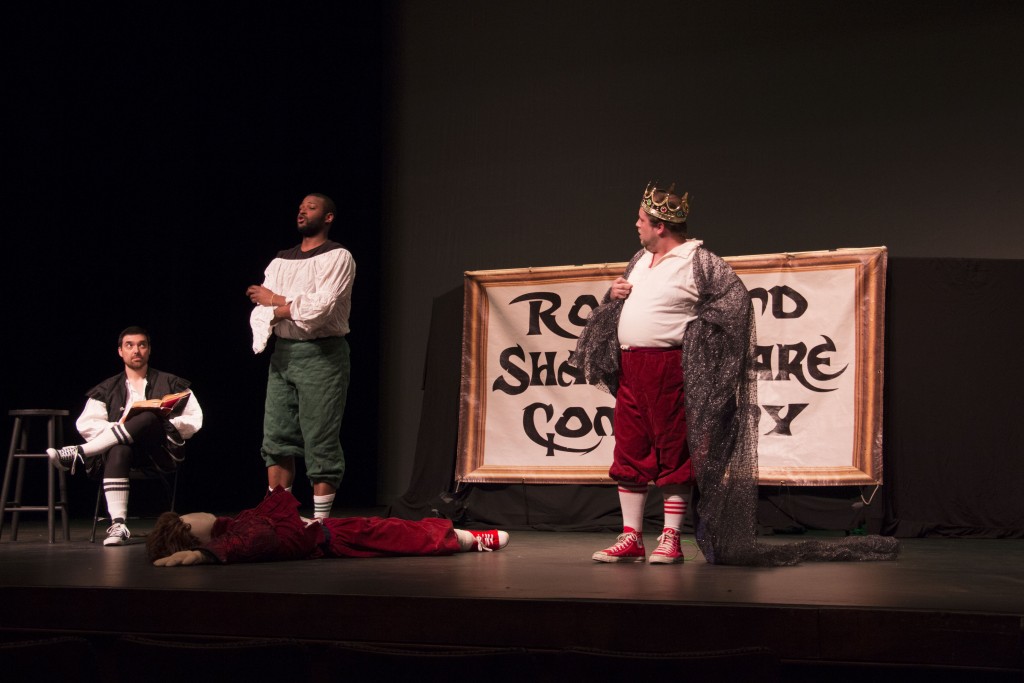 In celebration of Shakespeare Day, students and faculty participated in workshops and performances to commemorate the playwright’s 454th birthday on April 23.

Terra Vandergaw, an associate professor of theater, credited Ramapo’s 10th annual Shakespeare Day to the support from Ramapo’s theater program, the Devised Theatre Ensemble and the Salameno Center for British Studies’ advisory board for promoting studies of all things British.

Professor Vandergaw is thrilled to join the company of other colleges and organizations who also come together to celebrate the life and work of William Shakespeare. She explained that interpreting Shakespeare’s complex work presents extreme challenges for theater students and actors alike, but the purpose of Shakespeare Day is to enhance actors' experience by blending academic study with engaging performances.

During the evening session called Shakespeare LIVE!, performers had the opportunity to read their favorite Shakespeare passages in an open mic style. Students pulled monologues and sonnets from works like “A Midsummer Night’s Dream,” “Julius Caesar” and “All’s Well That Ends Well.”

“I enjoyed reading my piece. It’s always fun to perform. I enjoy being in front of a crowd,” said sophomore literature major, Rob Lenza.

The theater company’s co-founder, Chris Plummer lauded the student performer’s readings and recitations. Addressing the actresses and actors in the audience, Plummer said, “It’s a good thing to have that [Shakespeare monologues]. You don’t realize that you’ve absorbed so much of this material over the years.”

Ramapo alumna Christina Schaudel performed a monologue from "Julius Caesar" while the three actors transitioned into costume. Schaudel explained that through the Rockland Shakespeare Company, she had the opportunity to take on male roles like Cassius in “Julius Caesar.”

Schaudel said, “That’s something [swapping gender roles] we are big on. We are incredibly unconventional, which is why I love this company. It doesn’t matter what you look like, it’s about what you can bring to the table.”

The authentic, unconventional style of their performances carried into the abridged version of the theater company’s repertoire. When the actors returned wearing Converse shoes and wigs, they comically performed “Romeo and Juliet” in its entirety with only two performers to play every character.

After performing skits from 36 of Shakespeare’s plays, the performers joked that they had not performed a single scene from "Hamlet," inarguably Shakespeare’s best known work.

From there, the four performers breezed through a minute rendition of "Hamlet," and then an even speedier version, followed by a minute long backwards run.

One way that the company achieves this is by adapting the play into a modern, contemporary setting. For instance, one of their last bits brought “Titus and Andronicus” into a cooking show.