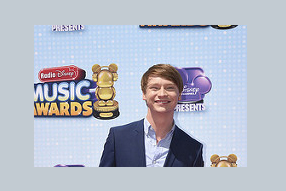 Netflix has recently released its second season of their cult followed anthology series “American Vandal.” There is something familiar and gripping in watching adolescent drama played out in extreme ways.

In the first season the story was fairly simple: the students’ investigation was to prove delinquent suspect Dylan Maxwell’s innocence in a vandalism case where obscene images were spray painted onto faculty members’ cars.

The golden aspect of the show, however, is its leading stars Sam Eucklund and Peter Maldonado played by young actors Griffin Gluck and Tyler Alvarez. The two amateur detectives step up their skills in season two with a different school, new crime and set of possible suspects.

The meta nature of the show gives viewers a false sense of urgency and investment, like these events are actually occurring in real time. Images on the screen capture emails from fans and Netflix producers as the show delves deeper into their ‘show within a show’ premise.

The characters as well are people you either know or will know. Their direction and dialogue are awkward and honest, leaning the story further into reality. Each crime committed is juvenile, yet incredibly complex.

An article analyzing the show in Wired argues that “given the premise, ‘American Vandal’ could have been lowbrow-despicable. Instead, the show used those ding-dong-stupid crimes as a means to investigate the complicated lives of modern teenagers–their awkwardness, their insecurities, and, especially, their second-screen escapism.”

The particular aspect of technology is what truly separates the first season from the second. In both seasons, large parts of the investigation process include stringing together hours of Snapchat videos and Instagram stories in a fascinating new take on digital investigation. However, the new season turns their suspect into an actual account, who characters interact with on social media.

A major theme throughout the second season is the use of social media to mask our true identity. In the last episode, Peter says to the camera, “We’re the first generation that gets to live twice.”

His words may come across as over-reaching but ring true to many characters in the series who use their profiles to curate their lives into the narration of their choosing. The show’s use of dry humor illuminates these intricacies of interaction between young people.

Satire has become a way to explain complicated situations to an audience who wouldn’t pay attention otherwise. In most cases, satire is actually better at comprehending ideas based on situations than the actual situation itself.

“American Vandal” does something few shows are able to accomplish: not undermining the intelligence of their teenage characters.  That raw honesty of anxious intelligence along with young adult embarrassment makes the viewer feel a part of the investigation.

Peter and Sam are two high school seniors who wish to uncover all the hidden parts and reveal them in the most honest way they can. In many ways they are no different from us all, trying our best to grab hold onto something that might actually make sense.